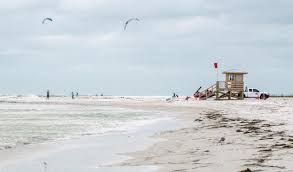 FL - Renourishing Lido Key might be more costly for Sarasota

If the actual bids come in higher, the city would have to foot the rest of the bill.

The city of Sarasota may have to pay more than it expected for a planned project to renourish the Lido Key shoreline.

The U.S. Army Corps of Engineers recently extended its bidding time frame for contractors that would help to dredge Big Pass. If the bids come in higher than the budgeted $19.6 million project cost, the Army Corps does not have authorization to allocate additional funding toward the project — meaning the city would have to foot the rest of the bill, city documents show.

A proposal that revises the agreement between Sarasota and the Army Corps to voluntarily contribute additional funding toward the project has been removed from the City Commission agenda three times since Feb. 13. The proposal would allow the city to voluntarily contribute additional funding to the project “if needed to meet the lowest responsive proposal.”