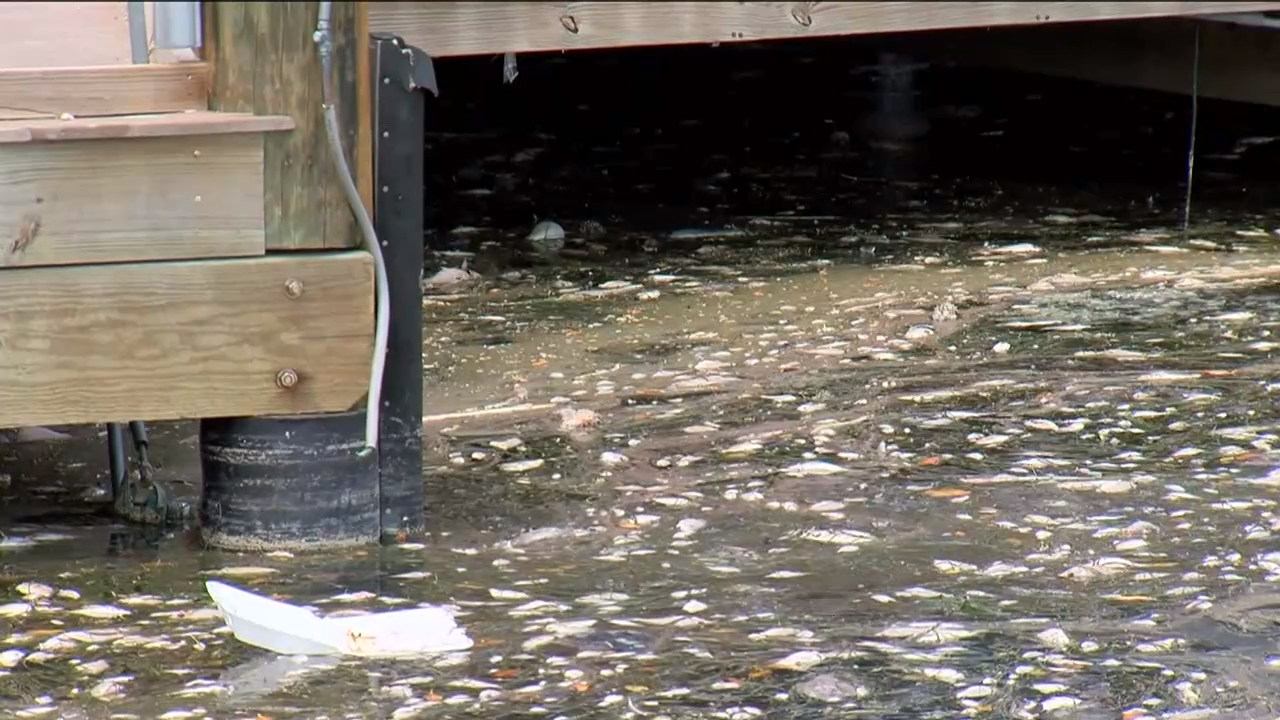 ENGLEWOOD, Fla. – The economy on Manasota Key taking a crushing hit from red tide. Dead fish are plaguing their waterways, and tourists are turning away. Businesses that rely on tourism are being forced to close and refund any pre-booked events.

“I have never seen it this bad. I’ve heard it’s been this bad but from where I’m standing I can see the fish constantly floating up to this dead-end canal,” Englewood resident Ken Warner said.

Warner said he’s lived in the area for about a year and a half. He tries to eat his lunch outside, but the smell forces him back in.

As red tide soars, business owners like Michael Stipp are the ones facing the consequences. Stipp said he’s had thousands of dollars he’s had to refund for his boat rental business in the past few days.

“The business itself went down dramatically. We’ve had quite a few refunds, and it looks like it’s going to continue,” Stipp said.

FWC reports medium to high levels of the karenia brevis bacteria along Manasota Key. Scientists report the recent full moon may be to blame for the severe fish kill coming in so far.

“Once you get the fish kills that come in with the tide, they get stuck in the mangroves and once they reach the back bay and under the docks the smell is just overwhelming for some and a lot of people choose not to be by the beach, and I would do the same,” Stipp said.

“It’s destroying the economy down here in our little Englewood town because our beach is empty,” Warner agreed.

Scientists said they know why red tide happens, but not why it goes away.