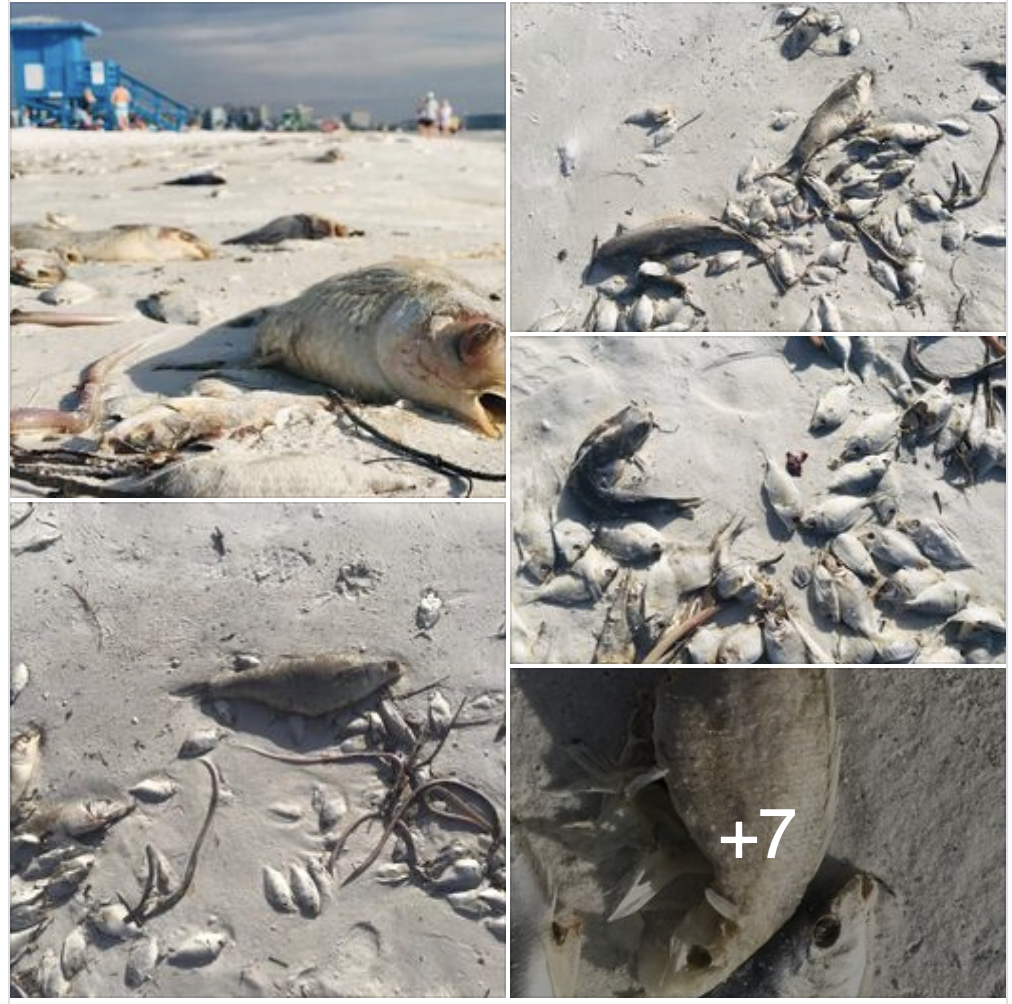 Weather and health officials continue to warn about the hazards of red tide as the harmful algae bloom worsened along the Southwest Florida coast this week, particularly in Sarasota County waters.

The state’s latest samples show the algae is also still present in waters off of Anna Maria Island and coastal Manatee County, though levels are lower than Sarasota.

The algae species that causes red tide, Karenia brevis, produces brevetoxins, a group of neurotoxins that kill fish and other marine life and can make humans sick.

Those with asthma and other respiratory conditions can become seriously ill from red tide exposure. For most people, symptoms subside when they leave the affected area.

Red tides are naturally occurring the Gulf of Mexico, where they typically bloom in the late summer and fall. A growing body of evidence suggests that human pollution sources can worsen or prolong red tides once they get close to land.

Red tide’s presence at area beaches is spotty and changes with wind directions and tides. A beach may look and smell pristine one day and be unpleasant the next as natural forces move the algae towards shore.

Samples showed very low to low levels of algae at the north end of Anna Maria Island, while medium levels were found farther south at Longboat Pass and Longboat Key.

The National Oceanic and Atmospheric Administration forecasts the respiratory threat from red tide. On Wednesday, NOAA warned that beachgoers in Manatee, Sarasota Lee and Collier counties could experience moderate levels of respiratory irritation over the next 36 hours, with lesser chances possible in Pinellas and Charlotte counties.

A red tide forecast from University of South Florida predicts that very low to medium levels of the algae will continue to circulate around Anna Maria Island through this weekend.