Southeast
Stephen Ryan of Stuart was a little ahead of the season, catching and releasing this whopper of a red snapper in May while fishing off Stuart. Red snapper season is July 10, 11, 12 & 17 for Atlantic anglers. Stephen Ryan. 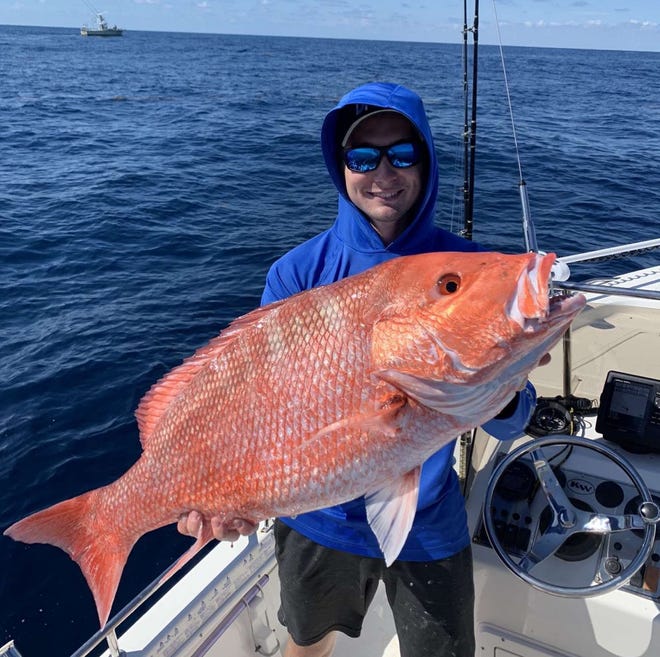 Red snapper season will be short and sweet along the U.S. Atlantic Coast this year — just four days.

Anglers can keep the popular fish on July 10, 11, 12 and 17 before being relegated back to releasing the red snapper they catch.

Any angler who has fished for them during such brief seasons over the past 10 years is aware of the typical regulations in federal waters, which begin three miles offshore:

The regulations were designed so anglers would not fish an entire school trying to catch the biggest one. The idea is to catch one red snapper per angler, then go fish for another species somewhere else.