Southeast
Florida Fish And Wildlife Conservation Commission / While red tides occur naturally, scientists have long debated the degree to which they are worsened by high levels of nutrients such as nitrogen from human sources agricultural and urban. 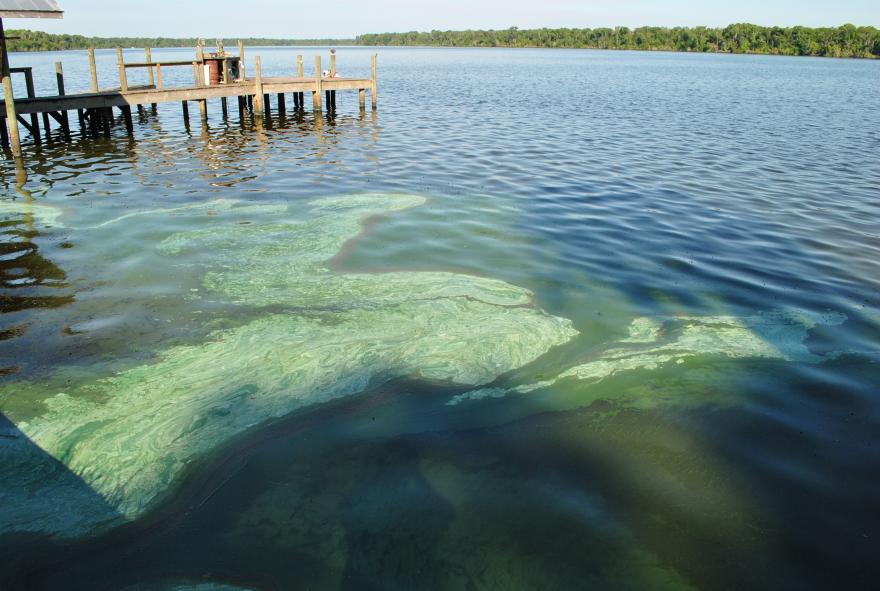 When the ominous rust-colored cloud of red tide begins to saturate coastal waters in Southwest Florida, it means beach closures. Asthma attacks. Itchy skin and watery eyes. Dead fish and a wretched smell that can spoil the salty breeze.

New research from University of Florida scientists is “providing clarity in what was previously a muddied landscape,” said environmental engineer Christine Angelini, a co-author of the study.

WATERSHED: Special project on the 50th anniversary of the Clean Water Act

While red tides occur naturally, scientists have long debated the degree to which they are worsened by high levels of nutrients such as nitrogen from human sources agricultural and urban. Scientists had previously found correlation between so-called nutrient loads and red tide. But the new research offers some of the strongest evidence yet that humans directly influence the severity of the toxic blooms.

The study focuses on the Caloosahatchee River in Southwest Florida, which carries water and pollutants from Lake Okeechobee as it flows west to the Gulf of Mexico.

In the past, scientists looked for a direct relationship between nitrogen and red tide. But excess nitrogen doesn’t cause red tide — it exacerbates it, an effect that can take weeks. Looking for a short-term correlation did not implicate pollutants.

The results show a clear link between increasing amounts of nitrogen coming out of the Caloosahatchee and the intensity of red tide on the coast, Angelini said.

“There has been this kind of uncertainty about whether there is this human link,” saidAngelini, director of UF’s Center for Coastal Solutions. “For the first time, this paper really shows that.”

Pinpointing specific causes of high nutrient levels was not the focus of the study, Angelini clarified, but scientists are well aware of the primary causes.

Many of these major nutrient polluters — excess agricultural fertilizers, underground septic tank leaks, urban stormwater runoff — are “nonpoint sources,” meaning they pollute waterways diffusely as opposed to from a single point, like a pipe. Such pollution, not regulated by the Clean Water Act, is the leading remaining cause of water-quality problems across the nation.