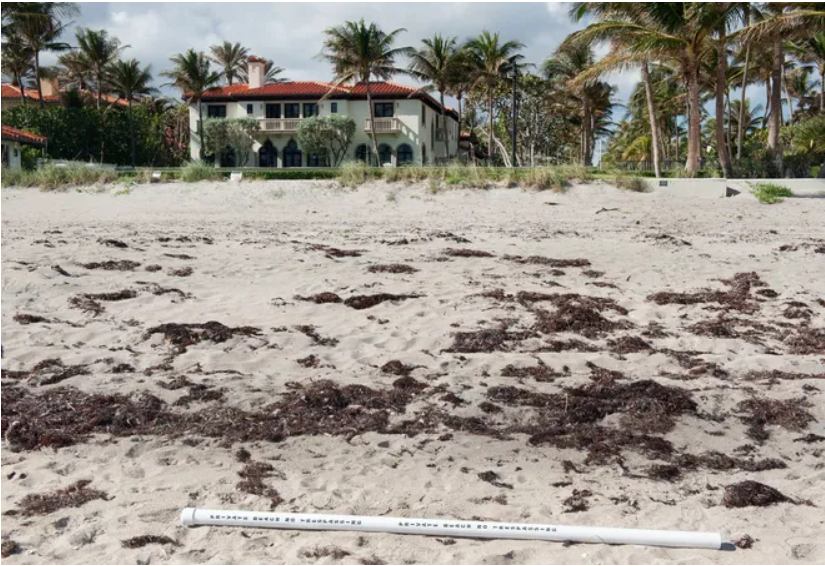 About half of the plastic posts put out by homeowners on the beach north of Root Trail to denote private property were ripped out of the ground over the weekend by an unknown vandal.

Robert Meister, whose property on Seminole Avenue includes a stretch of beach adjacent to North Ocean Boulevard, told police a person yanked up the white posts marked with the words “Private beach: No trespassing” early Sunday morning and left them on the sand.

The posts, which stretch from Root Trail to just north of Wells Road, mark the erosion control line – an invisible property line on the beach that separates private property to its west and public beach to the east. About 20 posts were put in by homeowners in November.

A grainy surveillance video shows a person tugging some of the posts out of the sand and tossing them toward the ocean at sunrise Sunday.

“The poles were there to keep people off the private beaches and to keep them from vandalizing property,” Meister said. “They pulled them out. It was a very bad act.”

Access to the beach between Sunset Avenue and Wells Road has been debated since the summer when an increase in use of the previously lesser-known beach was noticed following coronavirus restrictions that were placed on other activities.