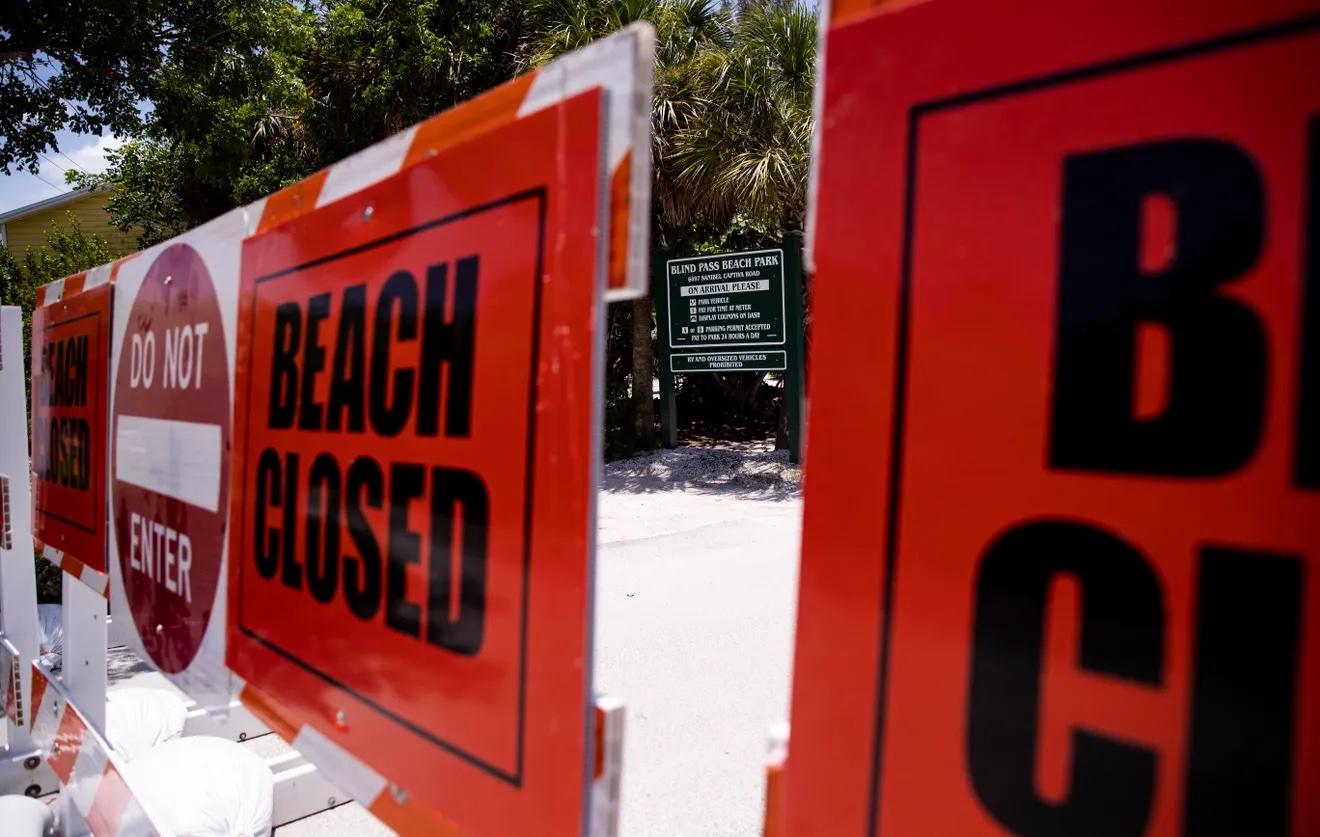 Blind Pass Beach Park on Sanibel is closed, after sudden erosion over the past month made it unsafe, Sanibel officials decided.

If or when the shoreline park, which is popular with anglers and beachgoers, will reopen is unclear, said the city’s director of natural resources, Holly Milbrandt. Barrier islands are ever-changing, she says, and Blind Pass between Sanibel and Captiva is a case in point.

The tidal strait that separates the islands while connecting the Gulf of Mexico with Pine Island Sound is narrowing as it fills with sand. The more constricted waterway causes faster flow, the way a clogged artery raises blood pressure.

On the nearby Gulf-side beach, what was once a gentle slope to the water is now a steep 5- to 6-foot drop-off.

In case you missed it:Sanibel begins emergency work to keep vital roadway from washing into the Gulf

Sometimes, hurricanes and sea level rise can cause dramatic washouts, but in this case, climate change isn’t responsible, nor is early June’s Tropical Storm Alex.

Instead, blame the islands’ perpetual changes and Captiva’s recent beach nourishment project, which added more than 806,000 cubic yards to a 4 ½ mile stretch between last September and November. When such projects introduce large quantities of sand into an area, it doesn’t all stay put, Milbrandt says, but “where it all will be deposited is a bit of a mystery.”

Dan Munt, director of operations for the Captiva Erosion Prevention District calls it “an expected result of our beach nourishment … The current flows from north to south and it just so happens that our beach is full of sand now, and when that happens, any excess sand is going to come out of our beach system.  Because of that, officials are holding off on emergency actions, “to allow our beach nourishment project to settle, if you will,” Munt says. “They don’t want to go and dredge the pass and just have it refill up with sand.”