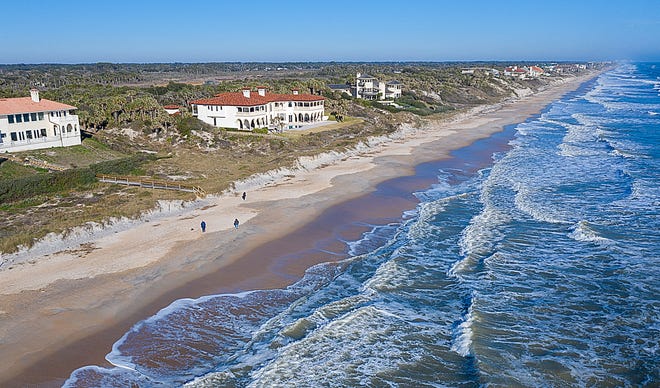 Erosion is threatening the area

Nicole Crosby walked along the coastline near Mickler’s Landing in Ponte Vedra Beach on Friday morning, as surfers crashed into waves and shorebirds scuttled along the sand.

High tide had narrowed the strip of beachfront.

Crosby, who has lived in the area for several years, said the beach is thinner than it used to be because of damage done by Hurricane Matthew and other storms.

The erosion is bad enough that a nearly 1-mile segment of Ponte Vedra Beach has been deemed critically eroded by the Florida Department of Environmental Protection, though St. Johns County government supports extending the designation in that area.

While Ponte Vedra Beach has seen setbacks in recent years, the federal government recently approved funding for a study to see what can be done and if a U.S. Army Corps project is warranted in the area.

In a phone interview with The Record before her beach visit, Crosby said she's seen the damage done by storms in recent years, and she said the study funding is "great news."

"It's just so critical," she said.