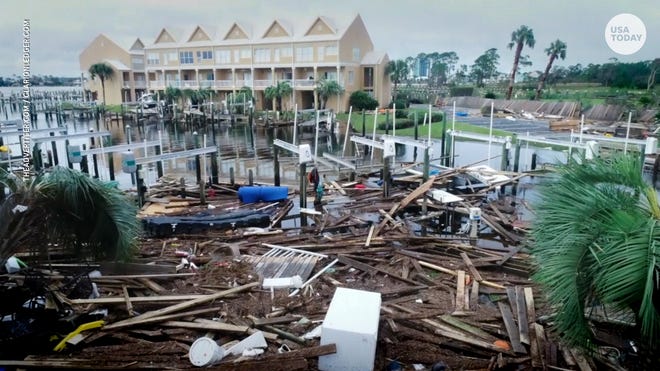 The impacted area is undeveloped, sandy shoreline east of Johnson Beach and just south of Robertson Island. Even before the hurricane, the region was inaccessible by road and was primarily used by hikers and boaters as a recreation spot for camping, kayaking and swimming.

The three new channels created by Sally may make the farthest corner of the island even more remote.

The impacted area is part of the Gulf Islands National Seashore, and Park Superintendent Dan Brown said it was not the first time this has happened.

"Perdido Key has been breached in the past in about the same areas," Brown said. "That section of the island is extremely low lying and very narrow. That's why it was so readily breached. Fortunately, Fort Pickens was not breached this time. Hurricane Ivan breached Fort Pickens, a section about a quart-mile wide, but it was able to heal itself."

Brown said he had doubts a similar natural recovery will occur in Perdido Key.

"The (beaches) are so close to Pensacola Pass, and the longshore currents trend from the east to the west, so any sand that would be naturally transported would be between Pensacola Pass and those breaches," Brown said. "That's a very short stretch of the island, so there's probably not sufficient sand available for natural processes to heal those breaches."

How the government is responding

While the National Park Services does sometimes conduct dredging projects for the purposes of beach renourishment, Brown said their approach is typically to let nature take its course.