Gulf of Mexico
Flood waters move on the street, Wednesday, Sept. 16, 2020, in Pensacola, Fla. Hurricane Sally made landfall Wednesday near Gulf Shores, Alabama, as a Category 2 storm, pushing a surge of ocean water onto the coast. Gerald Herbert, AP 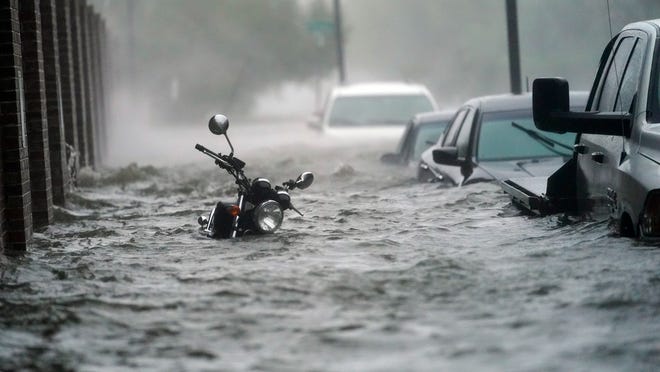 More than a year after Hurricane Sally cut a path through Northwest Florida, the city of Pensacola finally has a timeline of when it expects its waterfront areas to be fully repaired.

Pensacola Mayor Grover Robinson said Monday during his weekly press conference that nearly all of the city's waterfront parks should be fully repaired by spring 2022.

"Our hope is that all these things will be open by the spring next year, and we will get these things replaced," Robinson said. "We sustained probably $20 million worth of damage that was uninsured."

Robinson said the city has been working to get approval from the Federal Emergency Management Agency to repair the waterfront areas.

FEMA will reimburse the city for 75% of the cost to replace public infrastructure, while Florida will pay another 12.5%.

The waterfront areas of Community Maritime Park and Plaza de Luna were badly damaged in Hurricane Sally. Both of those projects are still pending funding approval from FEMA, according to the city's online dashboard of ongoing capital improvement projects.