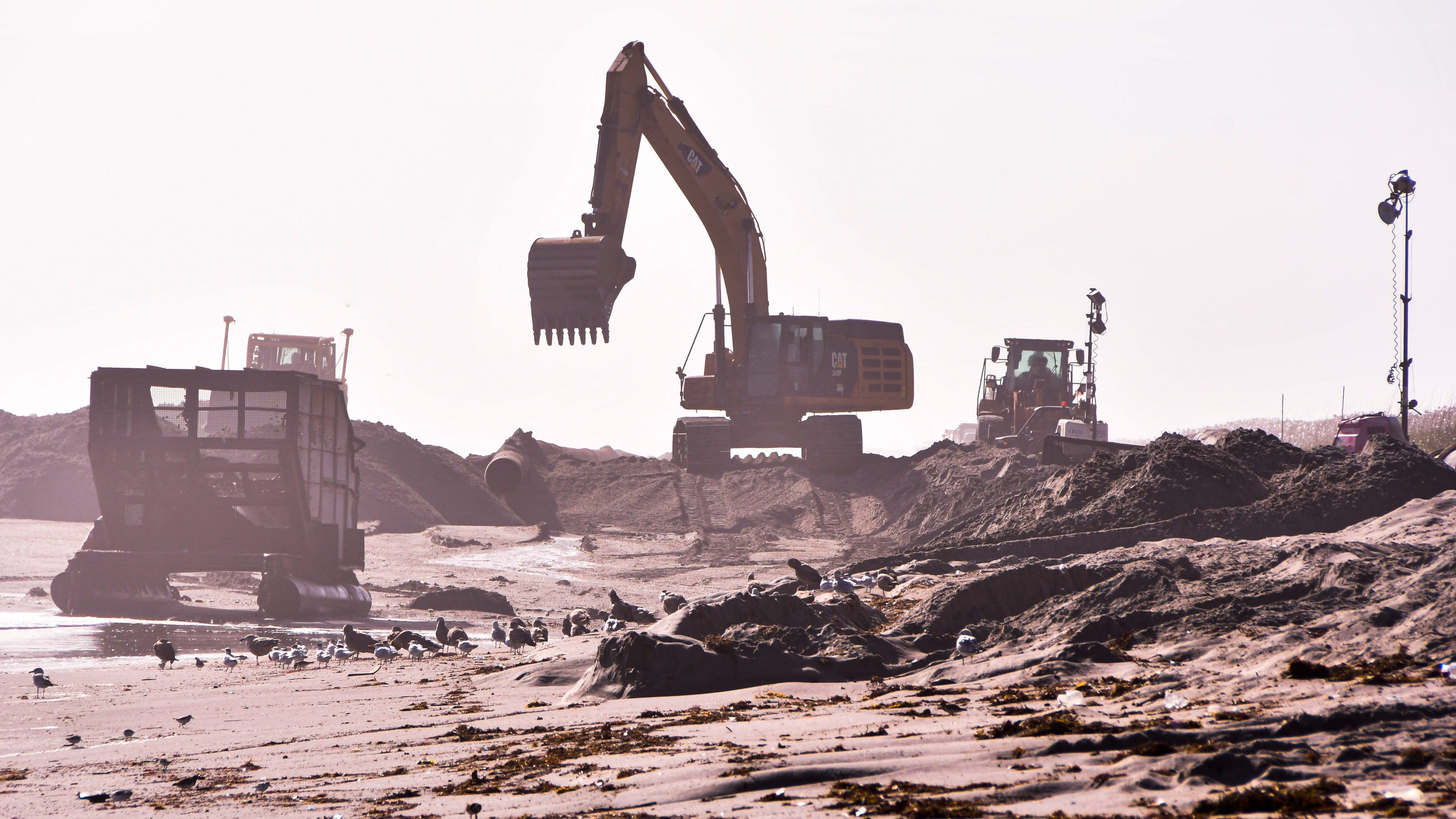 First came the new name. Then there was the new sign. Now comes lots of new sand. Patrick Space Force Base is getting its share of a $48 million beach renourishment project, which will spread the equivalent of more than 22,000 of truck loads worth of sand onto the base from shoals five miles off of Cape Canaveral.

"Beach parking areas will be closed on PSFB where construction activity is taking place and will reopen once it is safe for the public to utilize the area," U.S. Army Corps of Engineers officials said via email Tuesday. "The contractor has safety observers and fencing to ensure the public is excluded from the construction areas."

Patrick's is just one slice of the larger beach pie that's ramping up to fatten up the Space Coast in 2021. Brevard's four beach and dune restoration projects are either planned or underway, bringing new sand to beaches between Cocoa Beach and Sebastian Inlet, and paid for mostly with federal money.

Some have worried that the new sand won't match the natural beach, which can harm sea turtle nesting. But federal, state and local officials assure the new beach sand must meet permitting requirements that ensure the sand is compatible. The beach may initially look a different color, shape and feel different now, they say, but soon it weathers to resemble the sands all have grown used to, bringing broader storm protection and habitat for endangered sea turtles and other threatened wildlife.