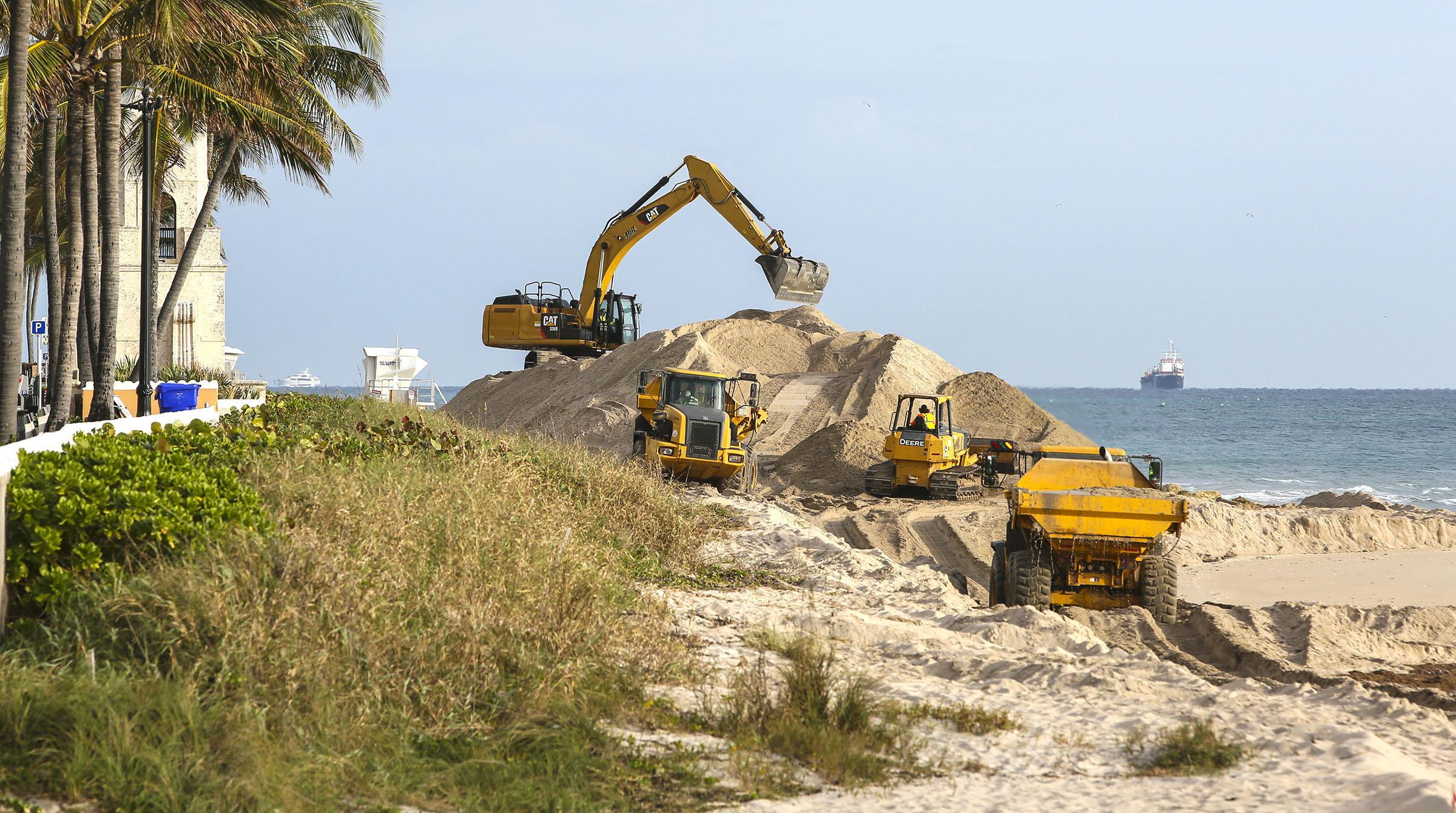 Midtown Beach and the surrounding shore will be replenished with sand starting in February, Coastal Program Manager Rob Weber told the Shore Protection Board last week.

The renourishment of Phipps Ocean Park and nearby shore also is planned for this winter, but could be delayed, he said.

It’s hoped the Phipps work will occur immediately following the Midtown project, Weber said. But that depends on the number of dredges Weeks Marine, the contractor for the Midtown and Phipps projects, can move into the area, and on other factors including weather conditions.