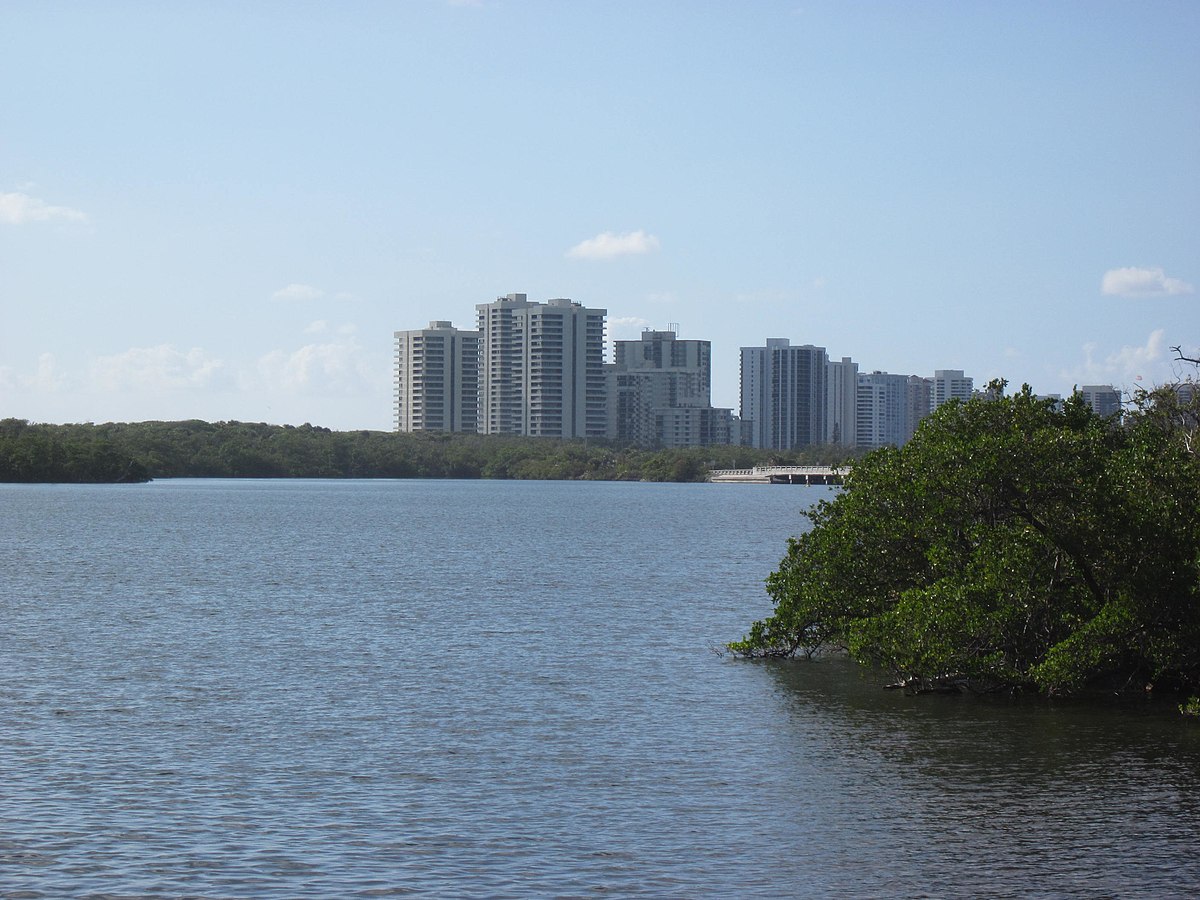 The Nature Conservancy’s Joseph Schmidt envisions a future for the Lake Worth Lagoon.

In it, American oystercatchers forage the shoreline, mangroves and oysters filter pollution, and kayaks glide from restored island to restored island. In turn, those islands help protect human development.

This vision is one step closer to reality with the completion of the Palm Beach Resilient Island Project, which rebuilt an eroded island in West Palm Beach with green infrastructure such as oyster beds and mangroves in lieu of seawalls.

The hope is that the island will both protect nearby shoreline by softening the brunt of storm surge, while also buttressing marine habitat: Nesting sites attract shorebirds while mangroves and oysters cleanse polluted waters and create habitats for shrimp, snook, mangrove snapper and even juvenile grouper.

The project is spearheaded by Schmidt, the interim climate strategy director at the Florida chapter of the Nature Conservancy, and the Palm Beach County Department of Environmental Resources Management.

It marks the latest effort to strengthen the county’s shorelines against climate change.

Construction began in mid-March and was completed July 1. The final step, planting mangroves, is scheduled for August.

“Florida is very vulnerable. Everywhere here is not too far from the coast, and our low-lying topography makes it even more vulnerable during storms,” Schmidt said. “So, if this works well, we can replicate it elsewhere.”

Funding for the project came from both private and public sources.

Prior to the project, the one-acre island had eroded, and barely poked out of the water during low tide.

“Increased traffic, high tides, sea level rise have really taken its toll,” Schmidt said, “so this remnant of an island was much larger in the past.”