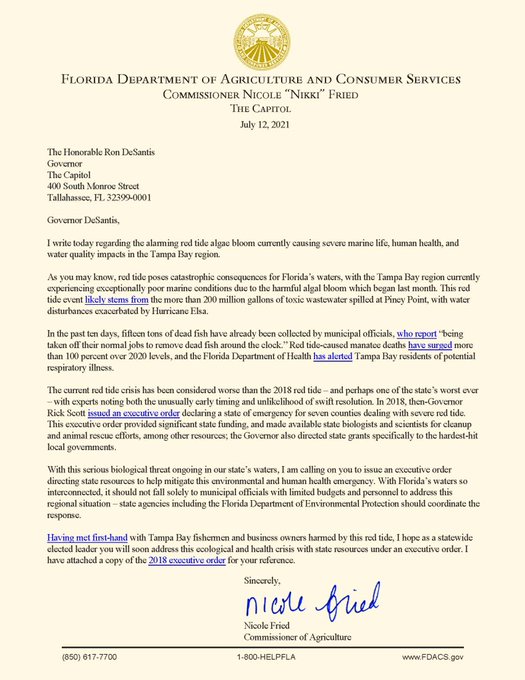 In the past 10 days, about 15 tons of dead fish have been removed from waterways.

In a letter to DeSantis Monday, Fried says the current red tide outbreak is considered worse than the massive 2018 outbreak on the state’s coast.

“The current red tide crisis has been considered worse than the 2018 red tide — and perhaps one of the state’s worst ever — with experts noting both the unusually early timing and unlikelihood of swift resolution,” Fried wrote. “With this serious biological threat ongoing in our state’s waters, I am calling on you to issue an executive order directing state resources to help mitigate this environmental and human health emergency.”