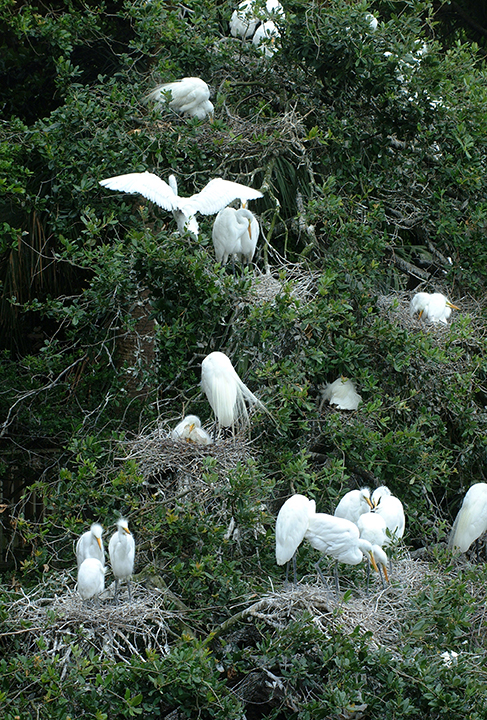 Using more than 20 years of biological and environmental data, University of Florida researchers found that mercury exposure was associated with a more than 50% reduction in the propensity of great egrets to initiate breeding in the Florida Everglades.

“The study was conducted in the Everglades, but mercury is a global pollutant, affecting ecosystems and species from the tropics to the arctics. Thus, the results of this study are relevant for wildlife management and conservation worldwide,” said Jabi Zabala, the study’s lead author and a postdoctoral researcher in the UF/IFAS department of wildlife ecology and conservation.

“Mercury is affecting reproduction much earlier in the process than we previously thought. There are many birds that aren’t even attempting to breed, and when you don’t breed, you don’t produce any chicks at all,” said Peter Frederick, one of the study’s co-authors and a professor in the UF/IFAS department of wildlife ecology and conservation.