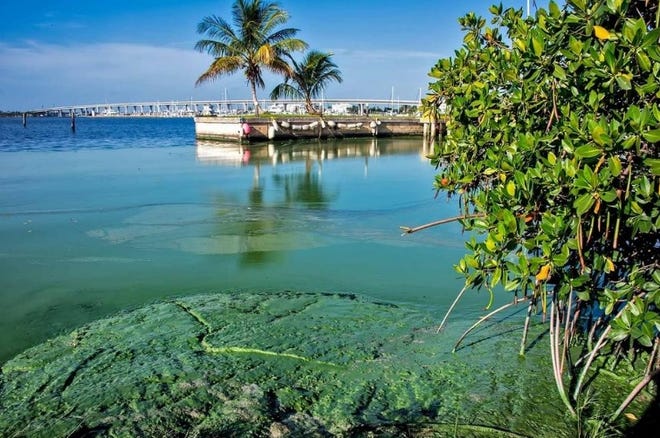 Across Volusia County, people who care about our community’s long-term environmental health have been united in fear and grief over the devastation slowly unfolding in the Indian River Lagoon. Water pollution is increasing. Seagrass beds are disappearing. Fish are losing their spawning sanctuaries. And manatees are starving to death.

There’s widespread agreement that it will be difficult, expensive and time-consuming to restore health to the lagoon, but local officials are unanimous in their support for the effort, and in agreement about what needs to happen: Diminish the pollution that flows into this area’s surface waters. Contain the residue tens of thousands of cars leave on the roads every day. Reduce the amount of chemicals and fertilizers applied to landscaping and lawns. Replace thousands of failing septic tanks that leach sewage in this area’s drinking-water aquifer as well as rivers, lakes and the Intracoastal.

Today, the Volusia County Council will hear about a different approach to the lagoon’s distress, backed by an intriguing alliance of local groups. The proposal: A exploratory project that would use a substance known as “Biorock” in an effort to restore reef structures and seagrass at a site near Oak Hill. The technology uses a low-level current to encourage deposits of limestone for underwater construction of so-called “electric reefs” where corals and other sealife  — including, hopefully, seagrass — can take hold. The website of the Global Coral Reef Alliance, which would deploy the system in Volusia County, claims that the new structures help insulate underwater ecosystems from the impacts of pollution and other stress sources.

The proposal could hold great promise for Volusia County and the lagoon as a whole, which explains how it’s captured the backing of longterm beach-access advocacy group Sons of the Beach and Dream Green Volusia, with the support of Volusia County’s CEO Business Alliance.