Southeast
The health of the Everglades depends on restoration of the "river of grass," but outside scientists are worried that climate-change impacts are not being taken into account by those working on restoration/NPS file 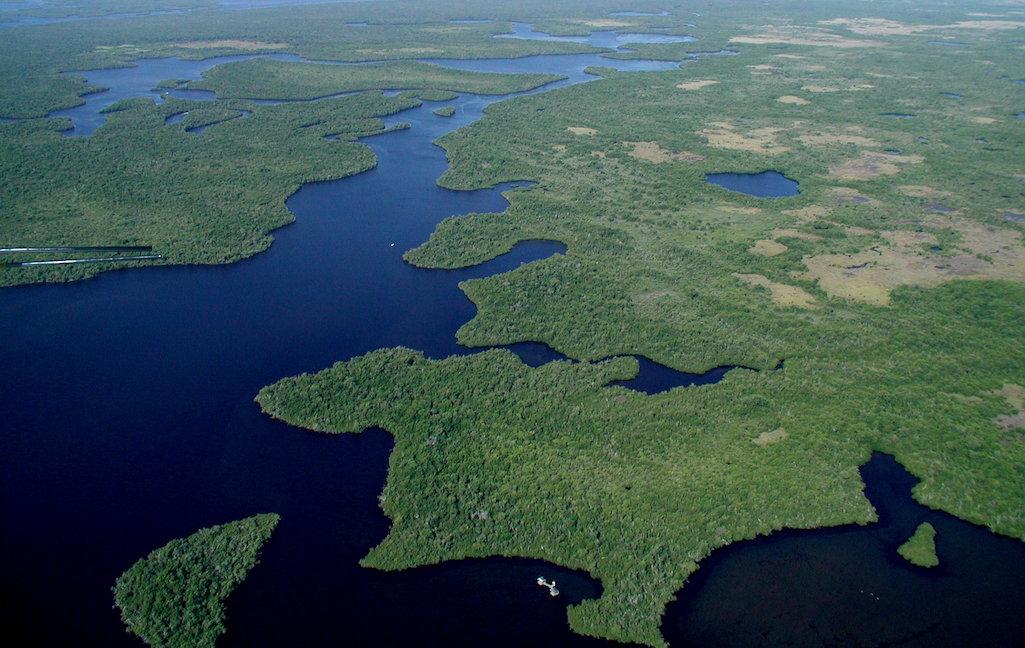 While much has been accomplished with restoration of the Everglades, and billions of dollars of more funding are being lined up, the National Academy of Sciences continues to have concerns over the lack of climate-change planning being factored into what is viewed as the world model for large-scale ecosystem restoration.

"The one near certainty regarding Florida climate change is that temperature and sea level will continue to rise. Increases in sea level will alter the salinity and habitats in coastal and near coastal regions, and increases in air temperature will drive increases in evapotranspiration and decreases in runoff, unless compensatory changes in precipitation occur," reads an opening page of the 265-page 9th biennial review of Progress Towards Restoring the Everglades.

"However, changes in precipitation and resulting discharge will remain uncertain and highly variable during [Comprehensive Everglades Restoration Plan] planning and implementation. Progress is under way to increase the rigor in which sea-level-rise scenarios are considered in CERP project planning (e.g., coastal wetland and estuarine salinity changes), but analytical capabilities are limited by the tools presently available," it continues. "In contrast, minimal progress is being made in the use of precipitation and temperature scenarios in project planning. No clear signal of the direction of change is not equivalent to an expectation of no change."

It’s been more than two decades since Congress passed the Comprehensive Everglades Restoration Plan, which has been viewed as a groundbreaking law aimed at restoring America’s Everglades after decades of destruction. The project is seen as a way to restore, preserve, and protect the South Florida ecosystem while providing for other water-related needs of the region, including water supply and flood control.

The Everglades wetlands span nearly 3 million acres, and within that are the 1.5 million acres of Everglades National Park and its 1.3-million-acre Marjory Stoneman Douglas Wilderness, the largest wilderness area east of the Rockies. But the landscape has been under siege almost since the first developers and large-scale farm operations reached South Florida, and brought with them plans to divert or dam the water that flows south from Lake Okeechobee to Florida Bay. All those efforts down through the decades altered the Everglades by changing its natural processes.

The CERP has called for surface water storage reservoirs and aquifer storage and recovery projects to potentially remove 240 miles of canals and levees to "restore the historic overland sheetflow (of water) through the Everglades wetlands." As envisioned, the restoration is not entirely wildlife-related. Rather, it's an ecosystem-wide endeavor that will benefit not only alligators, crocodiles, snakes, birds, fish and vegetation, but also South Florida's human populations.

Under the ongoing restoration plan that involves federal, state, tribal, and local stakeholders, sections of the Tamiami Trail have been raised to allow flows of water to continue south through Big Cypress National Preserve and the neighboring national park and into Florida Bay, and there have been other projects to better improve water flows south from Lake Okeechobee and to conserve water.

But at the same time, the present concerns being voiced by NAS are nearly identical to the ones it raised four years ago.