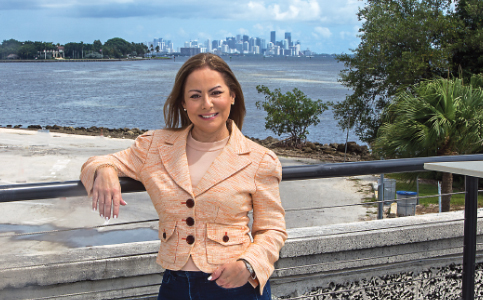 A year after the Biscayne Bay Watershed Management Advisory Board was formed to advise the county mayor and commission on issues affecting Biscayne Bay, it has completed or is working on 51 of the 62 recommendations from the Biscayne Bay Task Force, which shut down in 2020.

Among these, the group is developing a reasonable assurance plan to reduce bay nutrient pollution. The plan is to set nutrient reduction targets and goals and then put into action projects to meet them, Chief Bay Officer Irela Bagué told Miami Today.

To that end, the plan that’s to go to the Florida Department of Environmental Protection in September will describe procedures to monitor and report results; offer commitments by stakeholders to meet the proposed corrective actions; explain how the county and municipalities will meet the pollutant reduction goals; and schedule restoration projects, including funding sources.

Among initiatives these municipalities proposed to reduce nutrient pollution in the bay are stormwater improvements and fertilizer education.
By entering into the self-proposed plan and segmenting a very specific area, the county is saving almost a decade of work, Ms. Bagué said.

“We started where we know that the nutrient pollution is extremely high and will eventually become inevitably impaired and [enter] a list by the State of Florida and force us into more or less a regulatory action. Before we get to that regulatory action, the state allows us to take our own approach,” Ms. Bagué explained. “We’re providing the state with reasonable assurance that what we’re saying, we’re going to do.”

The reasonable assurance plan is to become part of a much larger initiative, the Biscayne Bay Watershed Restoration Plan. Being involved in the assurance plan opens up opportunities for the county and municipalities to get state grants for septic to sewer conversion, she said.