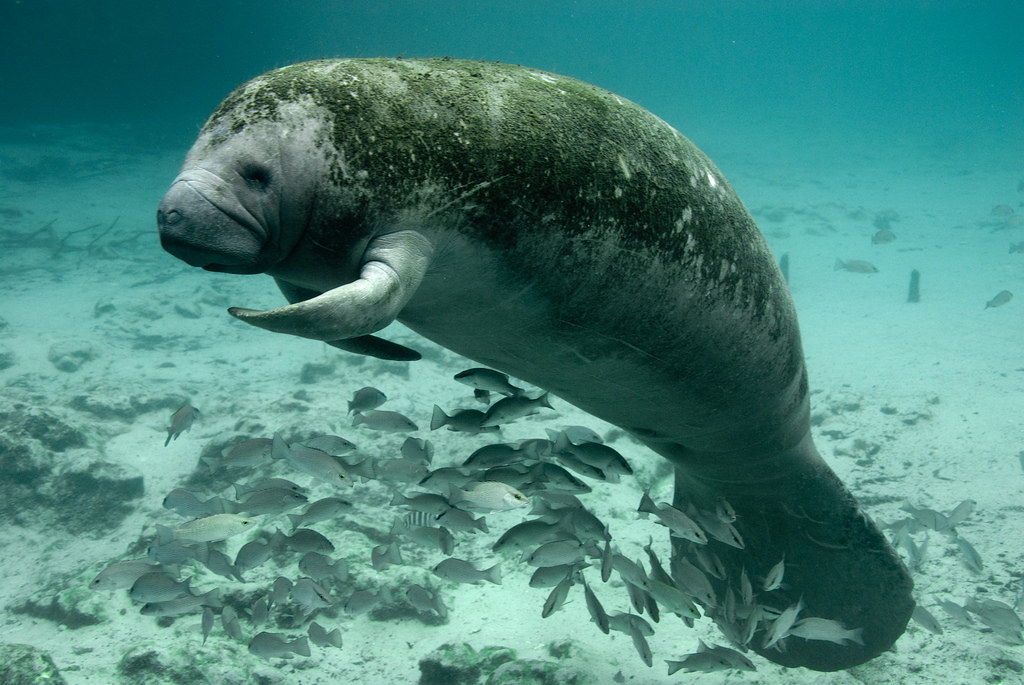 FL - More manatees seeking out springs in winter, increasing the need to protect these habitats

As summer winds down in Central and North Central Florida, we are anxiously awaiting the annual manatee season that officially runs from Nov. 1 through March 30.

When temperatures begin to drop, manatees who are dispersed along coastal areas throughout the southeastern United States make their way to warmer waters. These places include springs that provide year-round temperatures of 72 degrees and power plant outfalls that provide manmade, artificial warm water areas.

For those of us in springs country, that means we need to go slow and look out below when boating and swimming this season.

Unfortunately, this year will also mark the third consecutive winter that manatees are facing an "unusual mortality event” due to unprecedented habitat loss, which has already resulted in the deaths of more than 1,500 manatees. The cause of death for most of them has been starvation from lack of submerged vegetation in the Indian River Lagoon along the Atlantic coast of Florida.

Now more than ever, access to springs and adequate food sources are critical to the survival of these iconic marine mammals.

In addition to the ongoing starvation crisis, the greatest long-term threat to manatees is loss of natural warm water habitat that they need on cold winter days. Contrary to popular belief, manatees have low body fat, so they are unable to survive for prolonged periods of time in water that is colder than 68 degrees.

Throughout the state, we have blocked manatees’ access to many natural springs, and changes in the way that we are producing energy mean that some power plant outfalls will eventually go away. Officials have been working on a plan to ensure that there are enough places for manatees to go during the winter when that happens.

It seems that more manatees than in the past are already seeking springs to overwinter. In fact, 2022 marked a record year for manatee numbers in a single day at Volusia Blue Spring, a first magnitude spring along the St. Johns River. Volusia Blue Spring is not connected to the Indian River Lagoon, but some manatees have been observed in both places.

Whether out of necessity because of habitat loss along the coast or because of a general increase in manatee population, researchers believe that manatees are attracted to Volusia Blue Spring because it is entirely protected during manatee season and vegetation is easily accessible just outside of the spring run. There are no dams or locks to pass through and no swimmers or boaters are allowed in the waterway, so manatees are free to relax and graze undisturbed.

Sightings of manatees in the springs along the rivers of North Central Florida — the Suwannee, Santa Fe and Ichetucknee — are increasing, and these habitats may become increasingly important as power plant outfalls disappear. As more manatees seek out springs during the winter, it is increasingly important that we continue to protect spring habitats — including the submerged aquatic vegetation that manatees eat — and that we remove barriers that prevent manatees from using the springs.