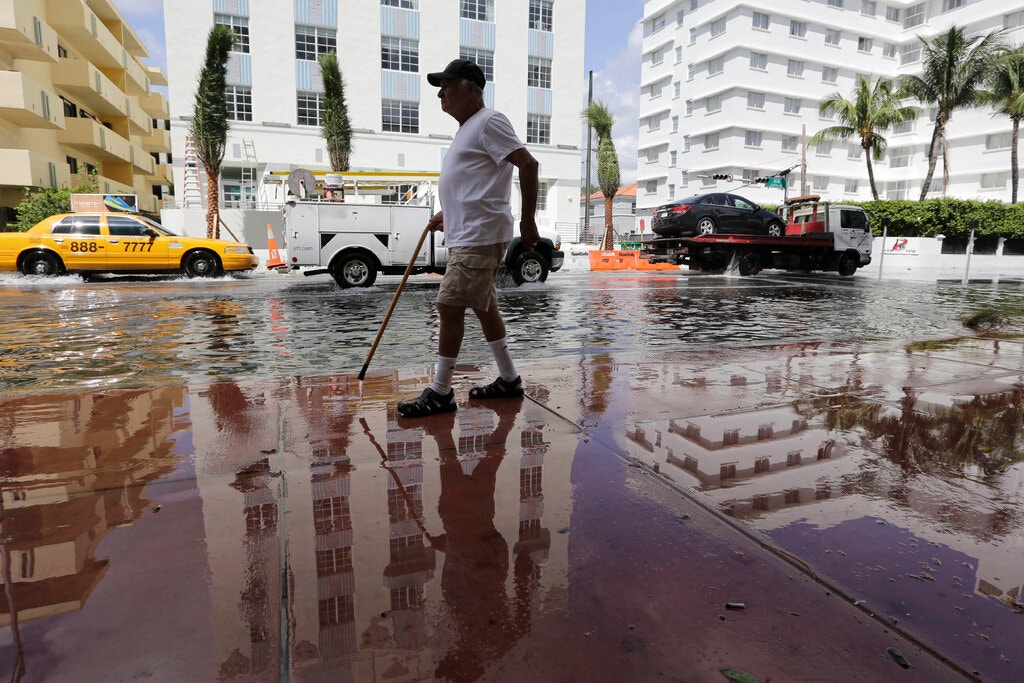 FL - Miami Says It Can Adapt to Rising Seas. Not Everyone Is Convinced.

Officials have a new plan to manage rising water. Succeed or fail, it will very likely become a case study for other cities facing climate threats.

Officials in Miami-Dade County, where climate models predict two feet or more of sea-level rise by 2060, have released an upbeat strategy for living with more water, one that focused on elevating homes and roads, more dense construction farther inland and creating more open space for flooding in low-lying areas.

That blueprint, made public on Friday, portrayed rising seas as mostly manageable, especially for a low-lying area with a century of experience managing water.

Climate experts, though, warned that the county’s plan downplayed the magnitude of the threat, saying it failed to warn residents and developers about the risk of continuing to build near the coast in a county whose economy depends heavily on waterfront real estate.

“I’m not sure if it’s really owning up to the problems that are in Miami’s future,” said Rob Moore, a senior policy analyst with the Natural Resources Defense Council. He described the strategy as “just enough to reassure developers that Miami’s safe enough to build in, in the near term.”

The debate in Miami-Dade is part of a larger fight over how to respond to the growing threat of climate change nationwide. As floods, wildfires and other hazards get worse, disaster experts have increasingly urged local officials to reduce their exposure by encouraging people to leave vulnerable areas. But cities and counties often resist that advice, worrying that retreat would hurt their economies and upset voters.