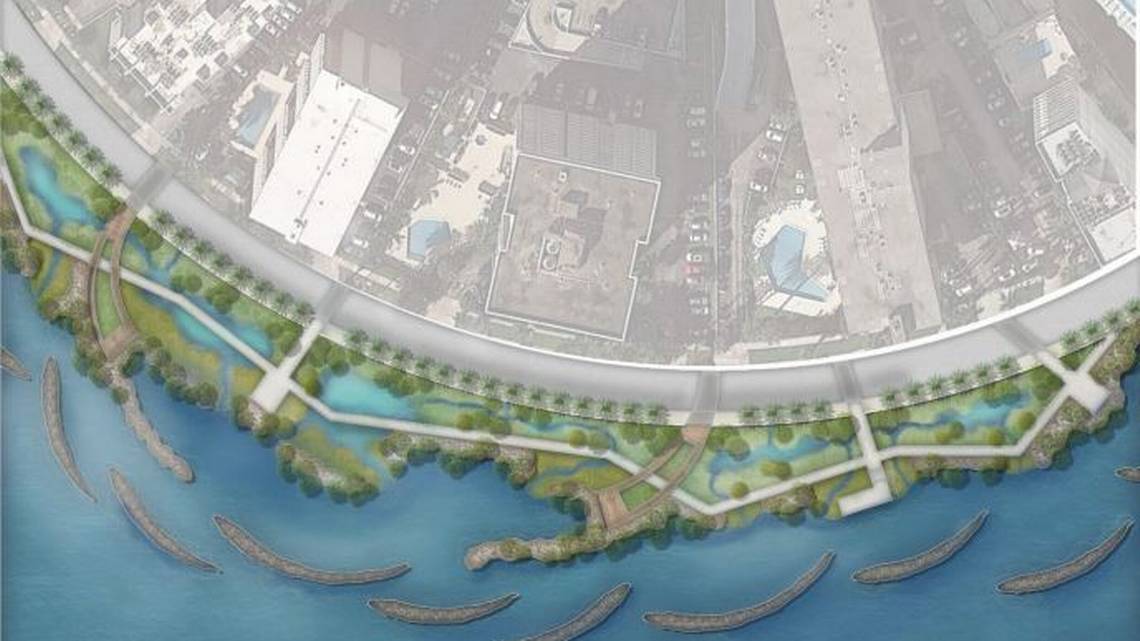 A proposal to protect coastal Miami-Dade from hurricanes by running a tall concrete wall though Biscayne Bay and waterfront neighborhoods is — unsurprisingly — dead.

The county on Monday formally rejected the plan, part of an instantly controversial $4.6 billion proposal from the Army Corps of Engineers that also included elevating thousands of private homes, flood-proofing thousands of businesses, planting mangroves and installing flood gates at the mouths of rivers and canals. Instead, the county will work with the Corps to come up with a new plan over the next year or so.

While the public and political leaders liked many of the Corps’ original ideas to address the rising risks of storm surge, there was little support for the walls.

In a March meeting with the village of Miami Shores, where the latest proposal called for an eight-foot wall along the east side of Biscayne Boulevard, which would have left hundreds of homes unprotected, the entire council came out against the walls.

“I haven’t heard anything but panicked cries for help about this, not even the slightest bit of support,” said then-councilman Sean Brady. “People are more interested in natural solutions or things that allow us to live with the flooding.”

Members of Miami’s Downtown Development Agency worried the up-to-20-foot walls would destroy property values and drive away investment in the wealthy downtown and Brickell neighborhoods. The agency even commissioned renderings of the wall — complete with graffiti and trash floating in the murky brown water — to drive home their point.

Other advocates for climate action in the community called the plan “a $5 billion Band-Aid” because the wall is only designed to protect against storm surge, not sea level rise. Other parts of the plan, like elevating and floodproofing properties, serve double duty.

‘A $5 billion Band-Aid’: Community groups push back on Army Corps plan for Miami-Dade