Southeast
A woman walks along a flooded street caused by a king tide, Saturday, Sept. 28, 2019, in Miami Beach, Fla. Low-lying neighborhoods in South Florida are vulnerable to the seasonal flooding caused by king tides. 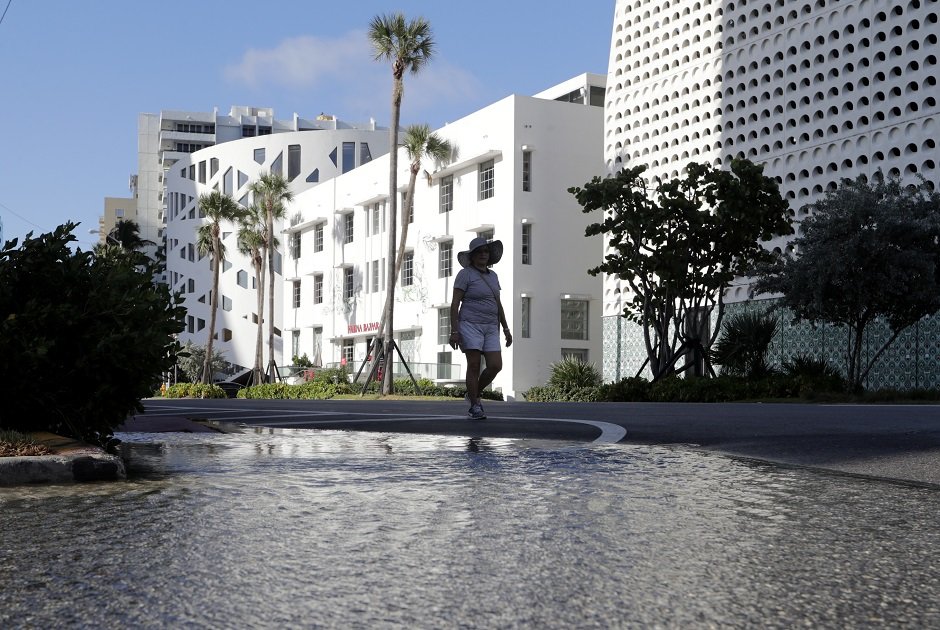 City-hired consultants told residents that under their new calculations, emergency roads would have to be elevated higher than the city previously called for, but residential roads could stay lower than originally planned.

(TNS) — Experts are once again telling Miami Beach to raise its roads against the threat of rising seas, this time even higher. And once again, residents are pushing back hard.

City-hired consultants told residents Tuesday night that under their new calculations, emergency roads would have to be elevated even higher than the city previously called for, but residential roads could stay lower than originally planned.

The response from Miami Beach residents in attendance? A resounding, “no way.”

Ever since the city decided to address sea level rise with road elevation, residents have fought back. They point to water overflowing from higher roads onto their property, insurance snafus and multi-year construction times. But expert after expert has told the city that to save itself from climate change, the roads must come up. And the longer the city waits, the more expensive and difficult it will be.

“Every day that you wait, sea level rise is going to continue to go up,” said Laurens van der Tak, part of the team from Jacobs Engineering presenting the project Tuesday night. “The number of roads that are going to be flooded at a more frequent rate will go up.”