Gulf of Mexico
Recently, the algae was pushed closer to shore in the Tampa Bay area killing several fish. 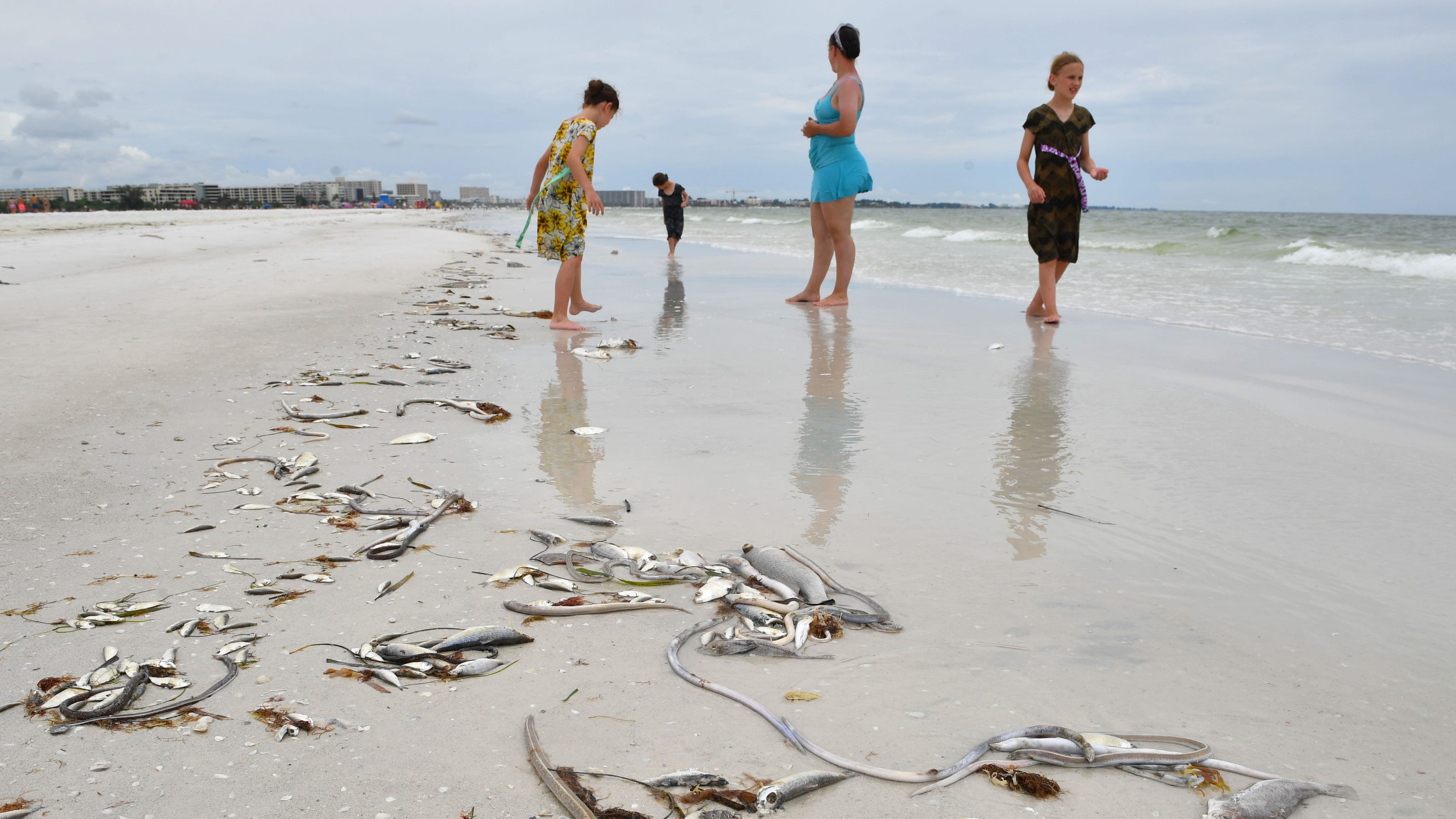 Red tide has plagued Sarasota, Manatee and Tampa Bay for months, and although samples from northern Anna Maria Island have shown improvement, Tomasko said a massive bloom in south Sarasota County could mean local woes may not be over yet.

Tomasko said that there is a red tide bloom about 50 square miles in size off the coast of Manasota Beach near Casey Key and the Venice area. The bloom stretches out 15 miles from shore, and he fears conditions could worsen if winds blow inland, reminiscent of 2018 when red tide devastated marine life and the local economy.

“If that moves up here, it is going to be every bit as bad as 2018,” Tomasko said. “Maybe even a little bit more localized.”

The red tide bloom off the coast of southern Sarasota County is as potent as the one that rocked Tampa Bay earlier this summer, which he said has been the worst red tide in that area since the 1970s.