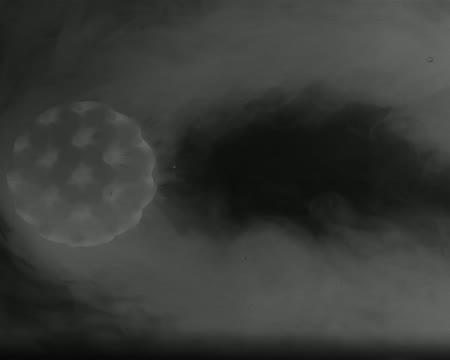 Mangrove vegetation, which grows naturally in subtropical shorelines, provides a wide range of ecosystem functions such as reducing coastal erosion, promoting biodiversity, and removing nitrogen, phosphorus and carbon dioxide. These vital ecological functions are influenced by the water flow around the intricate mangrove roots, which create a complex energetic process that mixes up sediments and generates a depositional region behind the roots. How these mangrove roots interact with water flow is believed to be a key element in mitigating coastal erosion.

Accurately projecting hydrodynamic erosion and the essential amount of mangrove species has been a challenge for managers and restoration experts to forecast a successful component of project designs. That is because they need two critical pieces of information: characterization of the near-bed boundary layer of the mangrove roots and their effect on the mangrove root erosion; and a quantitative understanding of mangrove root erosion and the habitat requirements based on the optimal porosity.

Florida Atlantic University's Oscar M. Curet, Ph.D., an associate professor in the Department of Ocean and Mechanical Engineering within the College of Engineering and Computer Science, spearheaded the research with his co-authors, and are the first to quantify the optimal mangrove root hydrodynamic with a predictive model. For the study, published in Scientific Reports, (published by Nature) they used simplified mangrove root-type models with different porosities to investigate the impact of porosity on the initial motion of the sediments, which is critical to the evolution of shorelines, delta and lands. This predictive model takes into account the mangrove roots' porosity and the near-bed turbulence effect.