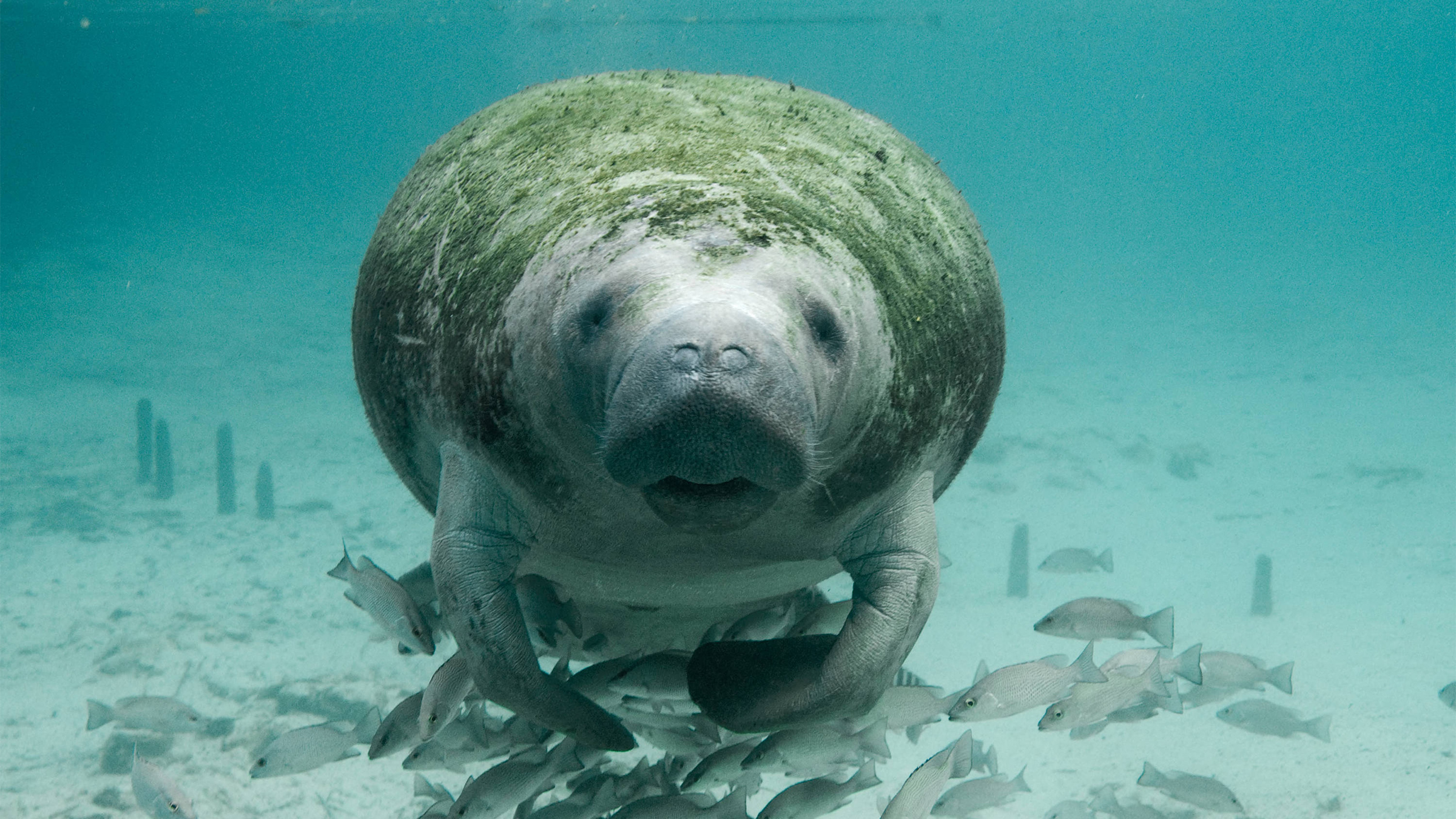 This year the U.S. state of Florida saw a record number of manatee deaths, and though investigations are still ongoing, experts attribute most of the deaths to the dieback of seagrass, a primary food source.

In July 2021, the U.S. Fish & Wildlife Service announced that 866 West Indian manatees (Trichechus manatus) had died in the state of Florida in the first seven months of the year alone. The news shocked and saddened many Floridians, for whom the gentle, slow-moving mammal is a statewide mascot, and served as a large blow to a statewide effort that had brought the Florida subspecies (T. m. latirostris) back from a slide toward extinction.

It came as little surprise, however, to scientists studying the manatees’ primary food source: seagrasses.

“Scientists have said time and time again that seagrass is declining, that there is a hell of a lot of nutrients in these waters, that there’s a big problem here that needs to be solved,” said Benjamin Jones, a seagrass ecologist and co-founder of the U.K.-based research organization Project Seagrass, in an interview with Mongabay. “But still nothing has really been done.”

The spate of deaths is still being investigated by the FWS as an unusual mortality event (UME), and so its cause is not yet official. Yet wildlife officers suspect the mass death is linked to the dieback of seagrass in the Indian River Lagoon, a major overwintering location for the Florida manatee, and where most of the deaths occurred.

Though West Indian manatees eat some other water plants, seagrass is their primary food source, particularly during cold months. Since 2009, seagrass in the lagoon has decreased by 58%, according to Charles Jacoby, supervising environmental scientist for the St. Johns River Water Management District.

Experts say the manatees’ deaths are a warning sign that the world needs to pay more attention to the health of these underappreciated habitats.

The plants included in the term “seagrass” aren’t taxonomic bedfellows, though all are submerged flowering plants. They include brackish-tolerant and marine species in many shapes and sizes. As such, seagrasses are an ecological grouping, lumped together for the lush canopy they create on the seafloor. Seagrass meadows grow in shallow coastal waters around the world, from cool temperate latitudes to the tropics — and in all of these places they are on the decline.