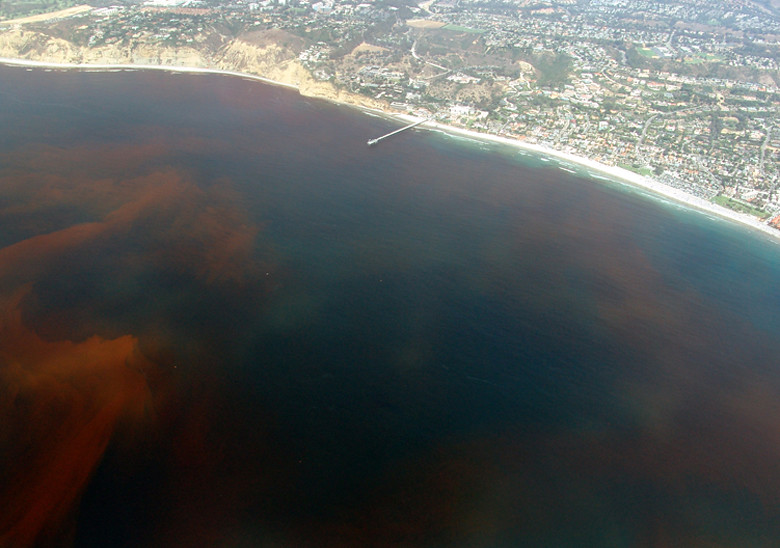 Only background levels of the red tide organism Karenia brevis have been detected in the Gulf of Mexico, which is normal. But when a bloom arrives again, Manatee is now better prepared.

It was announced at the Manatee County Tourist Development Council meeting last week, Thursday, that the county has purchased special boats to remove fish killed by red tide from the water.

During the 2018 red tide algae bloom that lasted more than a year, Manatee officials removed 450,000 pounds of dead fish from the shore.

They worked about 64 days straight, using a large mechanical rake pulled by a tractor to collect the rotting fish along 2.7 miles of beach. The fish were poured into roll-away garbage containers and sent to the landfill.

“It was just a tireless effort,” said Carmine DeMilio, Manatee’s Parks Operations Manager. “We didn't have many happy campers in 2018. It wasn't so much that we weren't prepared, it was just the abundance of red tide. It was much different.”

Beaches had to close, affecting local businesses and tourism, overall.

Then in 2020, during another occurrence of red tide, DeMilio said there were no closures because the bloom wasn’t as bad and he said his team was better prepared.

“Our deployment of not only equipment, but staff were in place, so we reacted a lot quicker,” he said. “It's all about tourism and these businesses that are out on the island… When you have to close down a beach and businesses, and people don't come to visit… it's terrible.”

According to the latest data from state wildlife officials, there are no signs of toxic red tide algae blooms in Florida waters right now.

Only background levels of the red tide organism Karenia brevis been detected in the Gulf of Mexico, which is normal.