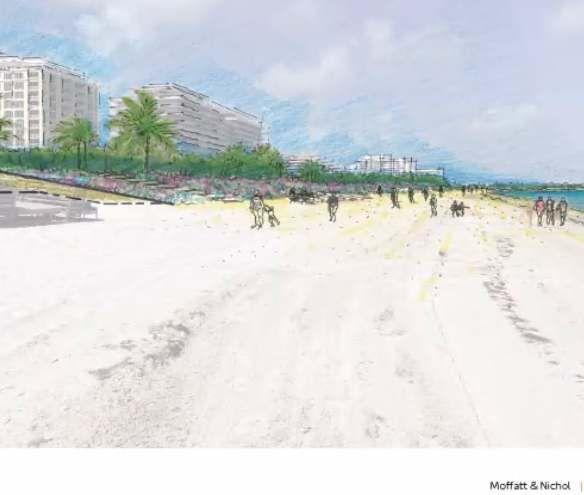 He hasn’t popped the champagne cork yet, but Dr. Roland Samimy might be putting a bottle on ice.

“It’s a good thing; it moves us one step down the road,” said Samimy, who joined the Village of Key Biscayne as its Chief Resiliency and Sustainability Officer in April 2020. “(But) I won’t be ready to celebrate until (we’re officially part of) the Water Resource Development Act (in 2022).”

Several steps would still have to be accomplished along the way, including funding approval by Congress, which could be some five years away with the actual construction completion of higher dunes closer to the 10-year range.

The estimated $120 million project would come with a 65-35 split, with the federal funds accounting for the majority of the construction to elevate dunes, perhaps 5 to 7 feet with an overall height of 12 feet in some locations along the oceanside beach. The 35% split also would be divided between the city, county and state in some fashion.

“The Benefit Cost Ratios are favorable,” he added. “There’s no surprises (in the report).”

Copies of the report can be found by clicking here.