Southeast
It’s the longest smalltooth sawfish ever measured by scientists since research began on the species. There was no obvious cause of death. FWC FISH AND WILDLIFE RESEARCH INSTITUTE PHOTO 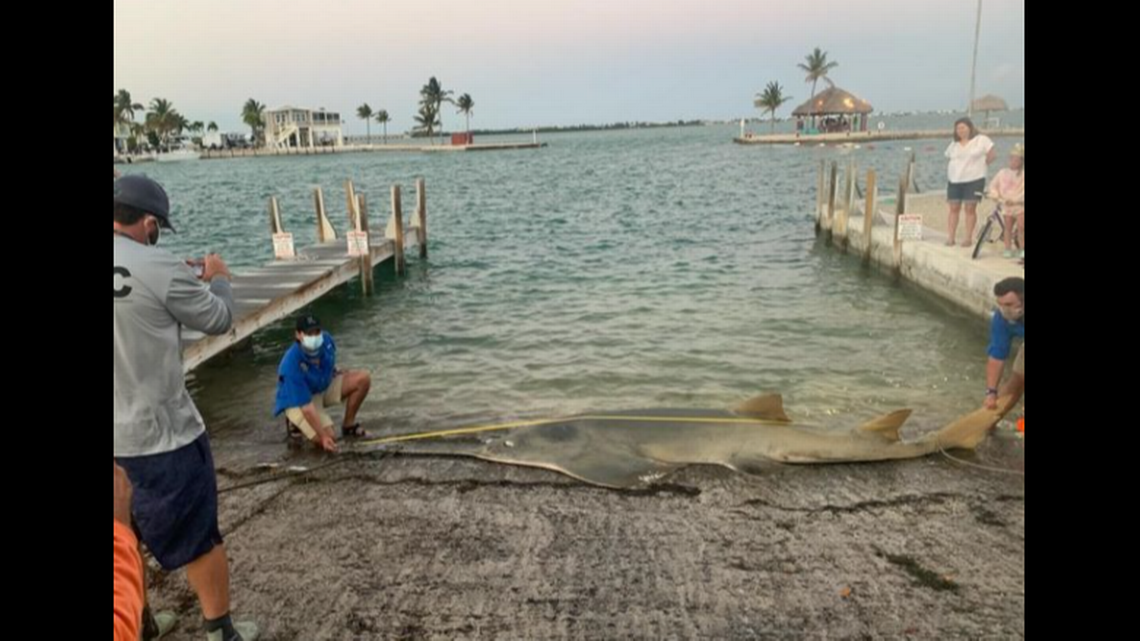 A massive sawfish that ranks as the longest ever measured by researchers turned up dead in the Florida Keys, according to the Florida Fish and Wildlife Conservation Commission.

It is one of two large sawfish that washed up dead in the Keys last week. The other (found at Marvin Key) was 12 feet, 4 inches, and weighed 400 to 500 pounds, the commission said.

“The 16-foot sawfish ... is the longest measured by scientists since research began on the species,” researchers reported.

“There was no obvious cause of death for either sawfish. However, valuable life history information was and will continue to be collected from both carcasses,” officials said. “Sawfish biologists are working to learn as much as possible from samples they collected.”

The 16-foot sawfish was found “with eggs the size of softballs found in her reproductive tract,” Live Science reported.

Smalltooth sawfish are known to grow to no more than 16 feet, according to NOAA Fisheries. However, Florida wildlife officials say they may potentially reach 18 feet.The species is known for “a long, flat snout edged with teeth — that looks like a saw,” NOAA reports.

The smalltooth sawfish — a critically endangered species — was a 16-foot female, with an estimated weight between 800 and 1,000 pounds, the state’s Wildlife Research Institute reported April 8 on Facebook. The The discovery was made on a beach at Cudjoe Key, state wildlife officials said.