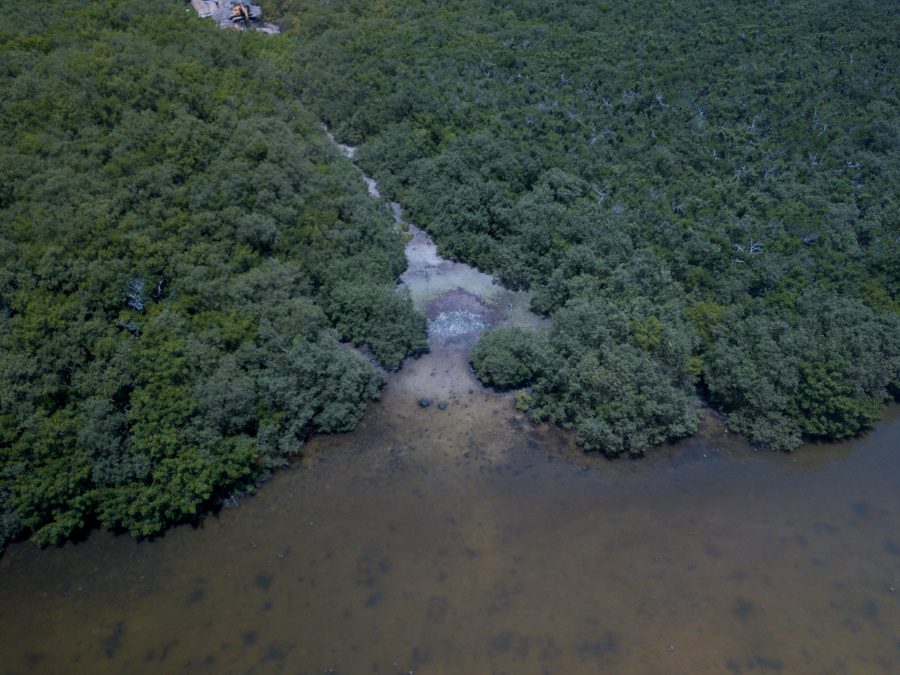 Following several tests between July 1 and July 30, independent contractor Environmental Science Associates or ESA concluded “there was no evidence of even a short term impact of the sewage leak on bacteria levels in Sarasota Bay.”

“We think it is good news,” said Longboat Key Town Manager Tom Harmer. “Obviously an unfortunate incident that occurred, but the test results indicate that there really was no impact to the bay.”

Following the June spill, the town faced sharp criticism in its response to the mainline break. One of the big questions surrounded the two-week gap between when officials believe the spill started and when the town alerted state officials and local residents of the pipe break.

“There was some sense that there may have been a meter issue, so both sides went through a series of steps trying to identify what was causing some of the misreadings in the meters,” explained the town manager. “It wasn’t until that June 29 date that both sides got together and actually jointly shut off and tested and did certain things with the valves that they realized that it actually may be a leak. Both teams went out on the water and on the land and discovered it. That same day once we discovered it, our public works director contacted the FDEP.”

“We’re just very lucky that the spill happened up in the mangroves and not in the bay because it would have been catastrophic if it had been in the bay,” said Longboat Key resident Rusty Chinnis.