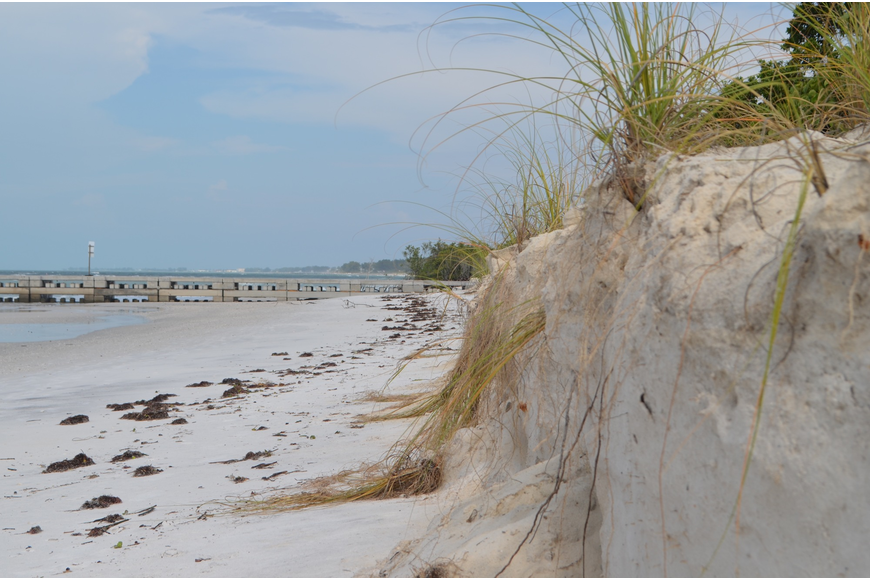 All told, the beach project is expected to cost in the neighborhood of $45 million, though the town estimates needing to borrow a maximum of $34.5 million.

With no contested races for Town Commission on the March 2020 ballot in Longboat Key, the bond referendum on beach nourishment and maintenance will be the only vote in town this spring.

Oh, and those men and women contending for president. They’ll be there, too, on Tuesday, March 17.

Commissioners on Monday signed off on the wording for the measure that sets in motion authorization to borrow no more than $34.5 million for no more than eight years. The comprehensive beach plan targets two major projects -- sand-saving groins on the north end of the island and islandwide renourishing projects. Included in the project is 912,000 cubic yards of sand. By the way, that’s enough sand to fill 11 of Epcot Center’s iconic Spaceship Earth spheres.

Sue Smith, the town's finance director, said the source of the money has yet to be determined: bank loans or public bonds. Bond interest rates could likely be lower at the time of borrowing, Smith said. If the borrowing was done today, the rates would range from 2.22% for six years to 2.29% for eight years.