Southeast
Trash and dead fish float on the surface of the water in Downtown Miami, Florida on Biscayne Bay on Wednesday, August 12, 2020. Daniel A. Varela / Miami Herald 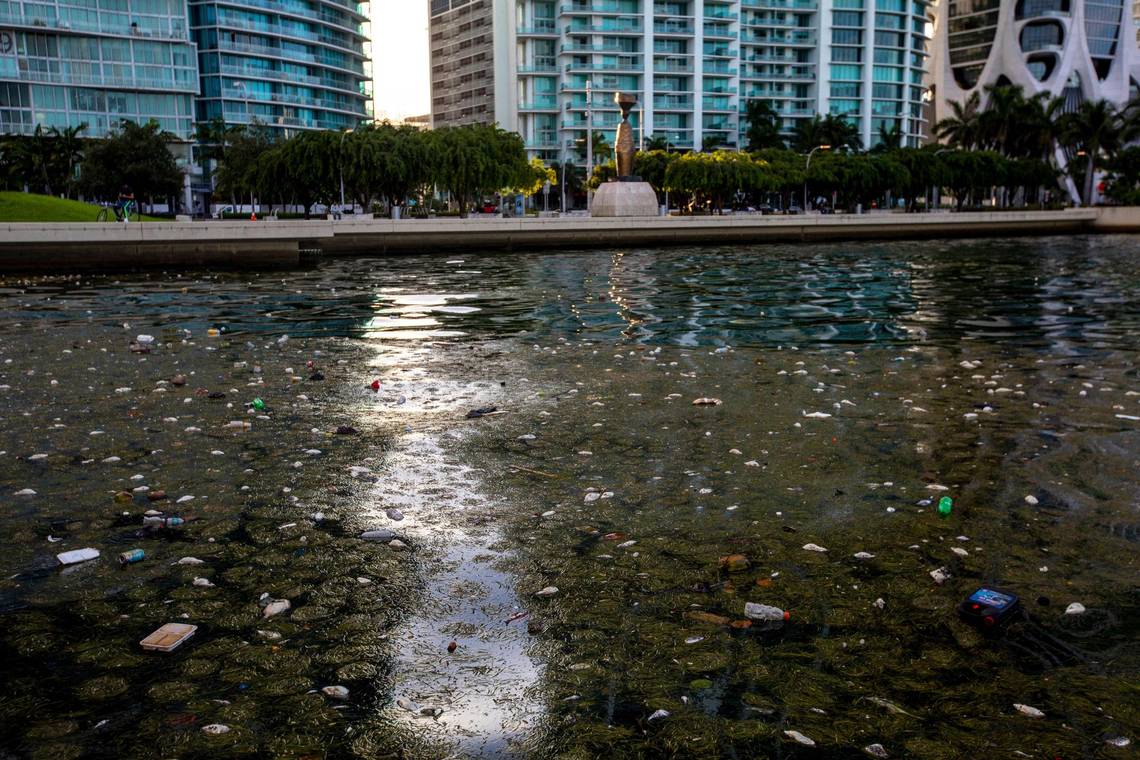 FL - ‘Like Groundhog Day’: New Report Has Same Old Findings on How to Save Biscayne Bay

There’s a new plan to save ailing Biscayne Bay, and it looks a lot like the old plan — and the one before that.

County managers and environmental agencies issued report cards for the bay, with traffic-light indicators and lists of priorities. Alarms were sounded to warn policy-makers about the slow death of the bay as contamination from crumbling sewage pipes and failing septic tanks, stormwater runoff, overfishing, a warming ocean, marine debris and the ever-growing pressure of development increased the risks for the ecosystem that many consider a liquid reflection of Miami-Dade’s soul.

Yet even with climate change and sea-level rise adding a sense of urgency to the search for long-term solutions, nothing truly transformative has happened. Reports were shelved, programs that were working were sunsetted and political attention went elsewhere.

Now, environmentalists are hoping the grim images of thousands of fish floating belly up along seawalls and in shallow areas of north Biscayne Bay this month will revive efforts to actually do something to protect the fragile marine environment in Miami’s backyard.

“What’s wrong with the bay? Everything. Whose fault is it? Everybody’s. And we already know most of the answers,” said Irela Bagué, chair of the Miami-Dade County Biscayne Bay Task Force. “Talking about solutions for Biscayne Bay is like Groundhog Day. I just hope that this fish kill will get everyone talking and that we’ll find the political will to get things done.”

The most recent task force assembled a nine-member interdisciplinary group in 2019 to address the bay’s woes. Its report, which has been sent to Miami-Dade County Mayor Carlos Gimenez, said a key problem is chronic pollution and that the bay had reached a tipping point. The document is expected to be presented to commissioners at their meeting on Monday, Aug 31.

The report focuses on water-quality restoration and recommends the creation of a new entity called the Biscayne Bay Watershed Management Board to manage the bay, complete with a chief officer to oversee and share information. The goal is simple, and isn’t new: creating policies to address the multiple sources of yucky stuff that has been polluting the bay for decades.