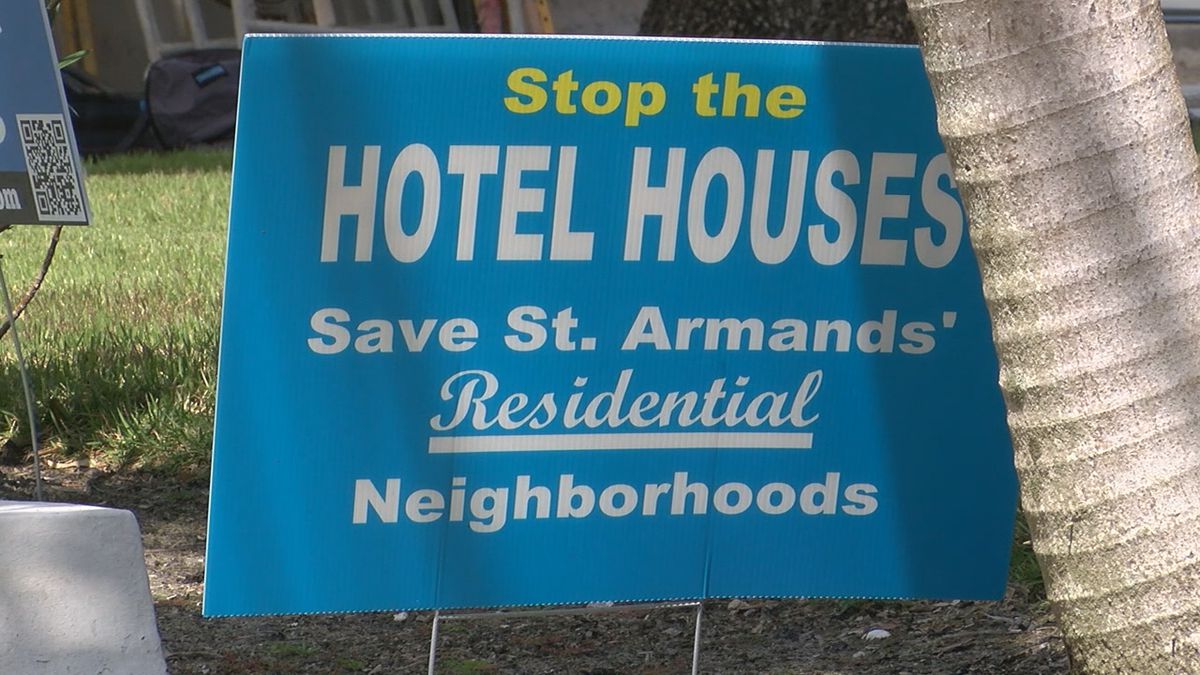 LIDO KEY-ST.ARMANDS, Fla. (WWSB) -Along the streets of Lido Key and St. Armands, signs reading “Stop the Hotel Houses” are popping up.

“I had no idea what this was going to turn into,” said St. Armands’ Resident Association President Chris Goglia.

Goglia said these “hotel houses” have become a recurring issue for the past year and a half.

Residents in the area said a developer bought homes, flipped them and replaced them with weekly vacation rental properties, that can sleep up to 25 guests each. Residents have complained about noise, trash and a lack of parking.

“Whomever you are, you can’t just live in your property in peace and quiet,” said Goglia.

Goglia said to understand this issue, you have to put it into perspective. “Anybody in the city, how would you like the house next door to you knocked down and turned into a hotel?” said Goglia.

The problem has prompted angry residents to put signs out in protest, to get the attention of the Sarasota City Commission.