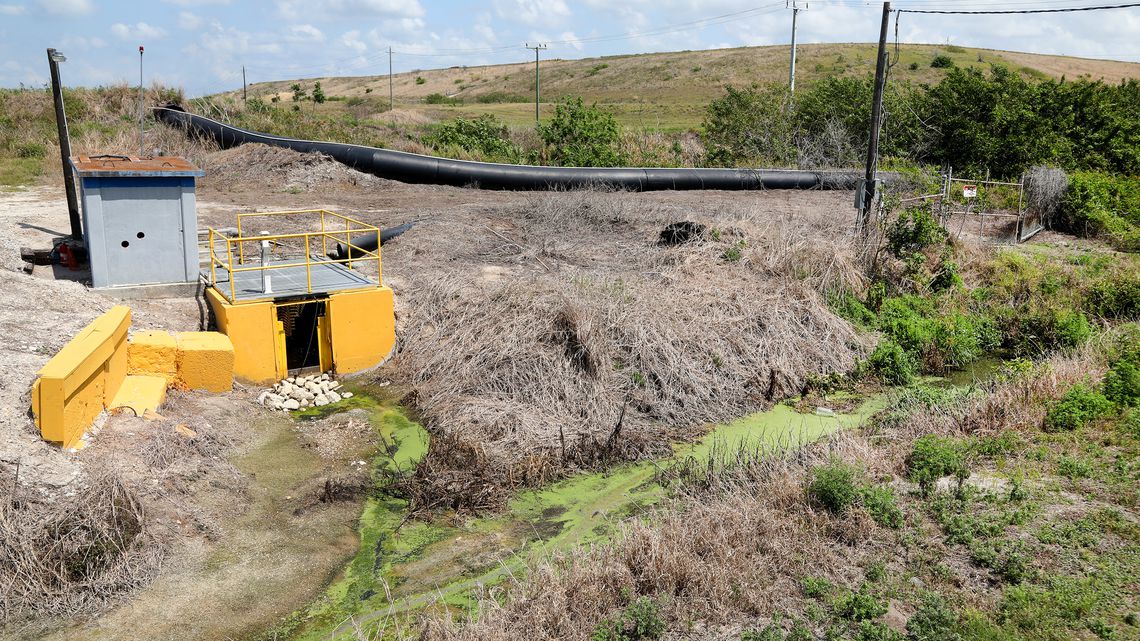 PALMETTO — Wastewater appears to be leaking at an old phosphate plant in Palmetto, records show, and Florida environmental officials are allowing the company in charge of the property to discharge some of the water to Port Manatee on Tampa Bay to prevent “a potential catastrophic failure.”

The emergency order from the Department of Environmental Protection comes after HRK Holdings, which manages phosphogypsum stacks at the old Piney Point facility, reported last Thursday that it seemed to have a leak at the site, a state spokeswoman said.

The property holds old byproducts of the fertilizer industry, including what’s known as process water that can contain phosphorus and nitrogen. Piney Point has for years loomed as an environmental risk for Tampa Bay, with rainfall threatening to cause overflows. Manatee County officials in recent months have debated what to do amid warnings from HRK that ponds at the plant are approaching their limits.

“The department’s top priority is ensuring the protection of public safety and health and minimizing any potential environmental impacts,” wrote Weesam Khoury, a spokeswoman for the Florida Department of Environmental Protection, in a statement Monday.

Jeff Barath, a manager at HRK Holdings, told the Tampa Bay Times on Tuesday morning that the problem involves a 77-acre pond containing a mix of seawater from an old dredging project and polluted process water. The apparent leak, he said, has accelerated to the point of possibly destabilizing the storage systems at Piney Point.