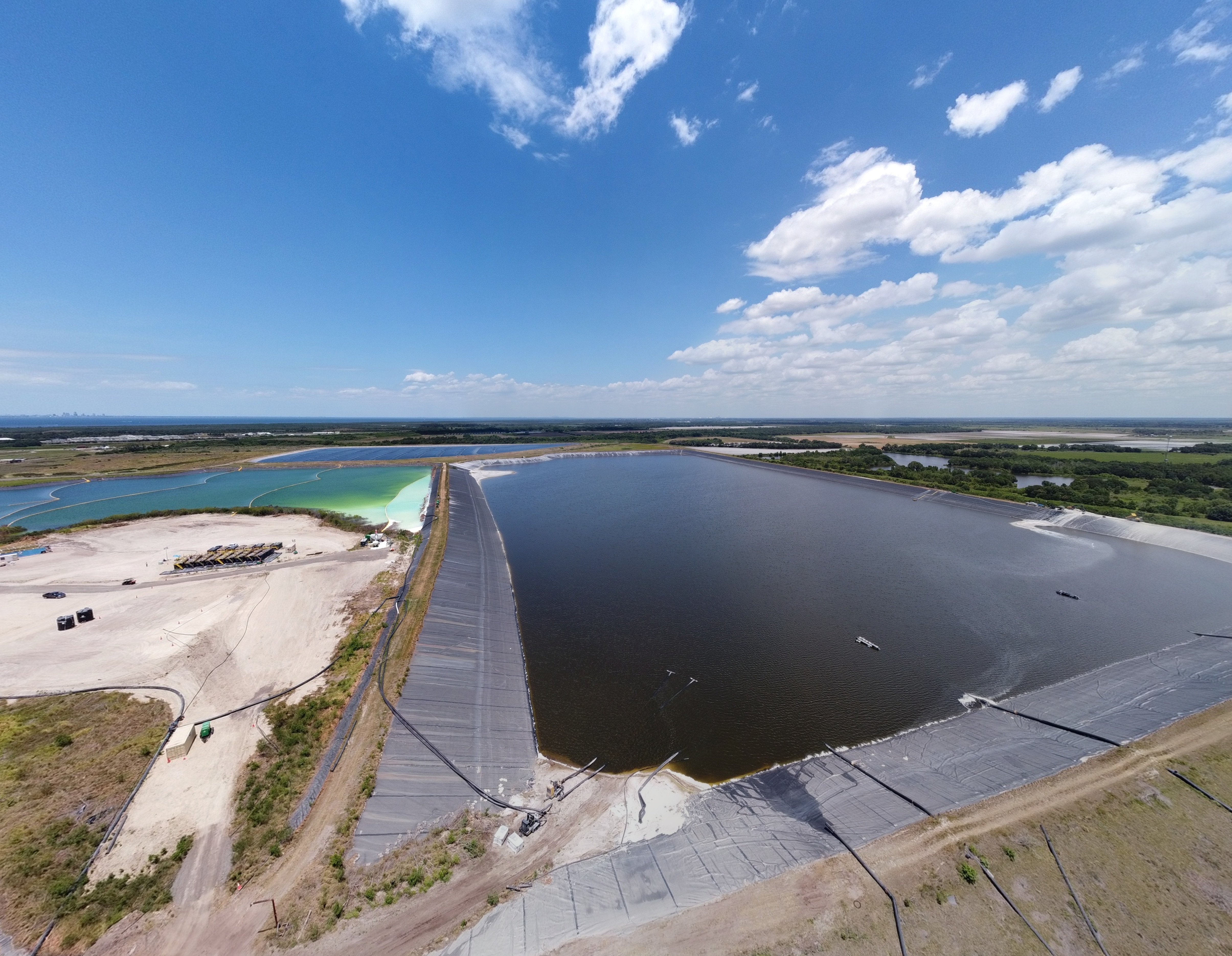 ST. PETERSBURG, Fla.— Conservation groups sent a notice today of their intent to sue the Florida Department of Environmental Protection, HRK Holdings and the Manatee County Port Authority for releasing hundreds of tons of toxic pollutants into Tampa Bay and groundwater, endangering the public, marine ecosystems and protected species.

The notice letter comes after the failure, in April, of one of the phosphogypsum stacks at Piney Point — a mountain of toxic waste, topped by an impoundment of hundreds of millions of gallons of process water, stormwater and tons of dredged spoil from Port Manatee. Faced with the impending collapse of the gypstack, state officials ordered the emergency evacuation of hundreds of Manatee County homes and authorized the discharge of up to 480 million gallons of the wastewater into Tampa Bay.

“The Piney Point disaster was the direct result of bad decision-making by Florida regulators,” said Jaclyn Lopez, Florida director at the Center for Biological Diversity. “The state has failed miserably in its duty to protect Floridians from the toxic waste at Piney Point and the two dozen other gypstacks threatening our communities. Things have got to change, or these disasters will continue.”

In failing to maintain the gypstacks and storage ponds and approving the discharge of the wastewater, Florida environmental regulators, HRK and the Port Authority violated the Clean Water Act, Resource Conservation and Recovery Act and Endangered Species Act, according to the notice letter.

“Piney Point was and still is a ticking timebomb,” said Justin Bloom, Suncoast Waterkeeper founder and board member. “Instead of appropriately closing this toxic-waste site when they had the chance, the FDEP allowed the site to become even more perilous, knowing full well the risk of collapse and catastrophic contamination. In addition to calling the site owner, HRK, to be held accountable, the state of Florida needs to be held accountable as well.”

The conservation groups cite a decade of bad decisions by Florida regulators that directly led to the crisis. And they emphasize that Piney Point presents an ongoing danger to human health, drinking water supplies, the regional economy and the environment.

“Phosphate companies have had over 70 years to figure out a way to dispose of the radioactive gypsum wastes in an acceptable manner, but they have yet to do so,” said Glenn Compton, chairman of ManaSota-88, Inc. “The need to protect human health and the environment must take precedence over any theoretical economic burden of pollution control.”

Piney Point was a problematic phosphate fertilizer plant that the Florida Department of Environmental Protection turned into a disposal site for dredge material. After the owner went bankrupt and abandoned the property, the agency owned and operated Piney Point from 2001 to 2004, during which time it oversaw the installation of inadequate liners and approved the use of Piney Point for dredged material storage, despite knowing that the Piney Point gypstacks were not engineered structures and at risk of failure due to foundation settling.

Florida regulators ignored the U.S. Army Corps of Engineers’ advice to reject the dredge proposal due to the gypstacks’ structural uncertainties, the hazardous and toxic material in the stacks, and documented past slope stability and piping issues.

Facing a catastrophic failure of the gypstack in April, Florida officials issued an emergency order authorizing HRK Holdings to discharge up to 480 million gallons of polluted wastewater into Tampa Bay.

“When environmental agencies are asleep at the wheel, average citizens have to step up to do the work of government,” said Annie Beaman, co-executive director of Our Children’s Earth Foundation. “One of the tragedies of Piney Point is that it could and should have been avoided — Florida officials saw this coming and still failed to act. Once again, the Tampa Bay environment is suffering. The public and our ecosystems will bear the brunt of this toxic pollution.”

The 215 million gallons of wastewater dumped into Tampa Bay continue to spread throughout the estuary and into Sarasota Bay, transporting tons of nitrogen and other pollutants into waterways and communities that are already approaching a tipping point, struggling to manage excessive pollution that impairs waterways and losing acres of seagrasses to high concentrations of algae fueled by excessive nitrogen.

The fertilizer industry creates more than 30 million tons of phosphogypsum in Florida each year. Phosphogypsum is radioactive and can contain uranium, thorium and radium, which decay into carcinogenic radon. In addition to these radioactive carcinogens, phosphogypsum and process water can contain heavy toxic metals like antimony, arsenic, barium, cadmium, chromium, copper, fluoride, lead, mercury, nickel, silver, sulfur, thallium and zinc.

This waste is stored in mountainous piles called gypstacks that are hundreds of acres wide and hundreds of feet tall. More than 1 billion tons of the radioactive and toxic waste have already been stored in 25 stacks scattered throughout Florida. The stacks are perched precariously atop the Floridan aquifer, which supplies drinking water to 10 million people. Both active and inactive gypstacks have impoundments of process wastewater sitting atop the mountain of waste.

Learn more about phosphogypsum and efforts to protect public health and the environment from its harms.

The groups — the Center for Biological Diversity, Tampa Bay Waterkeeper, Suncoast Waterkeeper, ManaSota-88 and Our Children’s Earth Foundation — are represented by the Law Offices of Charles M. Tebbutt, P.C.

The Center for Biological Diversity is a national, nonprofit conservation organization with more than 1.7 million members and online activists dedicated to the protection of endangered species and wild places.

ManaSota-88, Inc. is a public interest conservation and environmental protection organization, which is a Florida not-for-profit corporation and a citizen of the State of Florida. The corporate purposes of ManaSota-88 include the protection of the public’s health, the preservation of air and water quality, and the protection of wildlife habitat.

Our Children’s Earth Foundation is a non-profit public interest organization focused on protecting the most vulnerable among us: children, seniors, threatened species and ecosystems. OCE educates the public about environmental problems and empowers affected communities to take action to reduce pollution.

Suncoast Waterkeeper works to protect and restore the Florida Suncoast’s waterways through enforcement, fieldwork, advocacy, and environmental education for the benefit of the communities that rely upon these precious coastal resources.