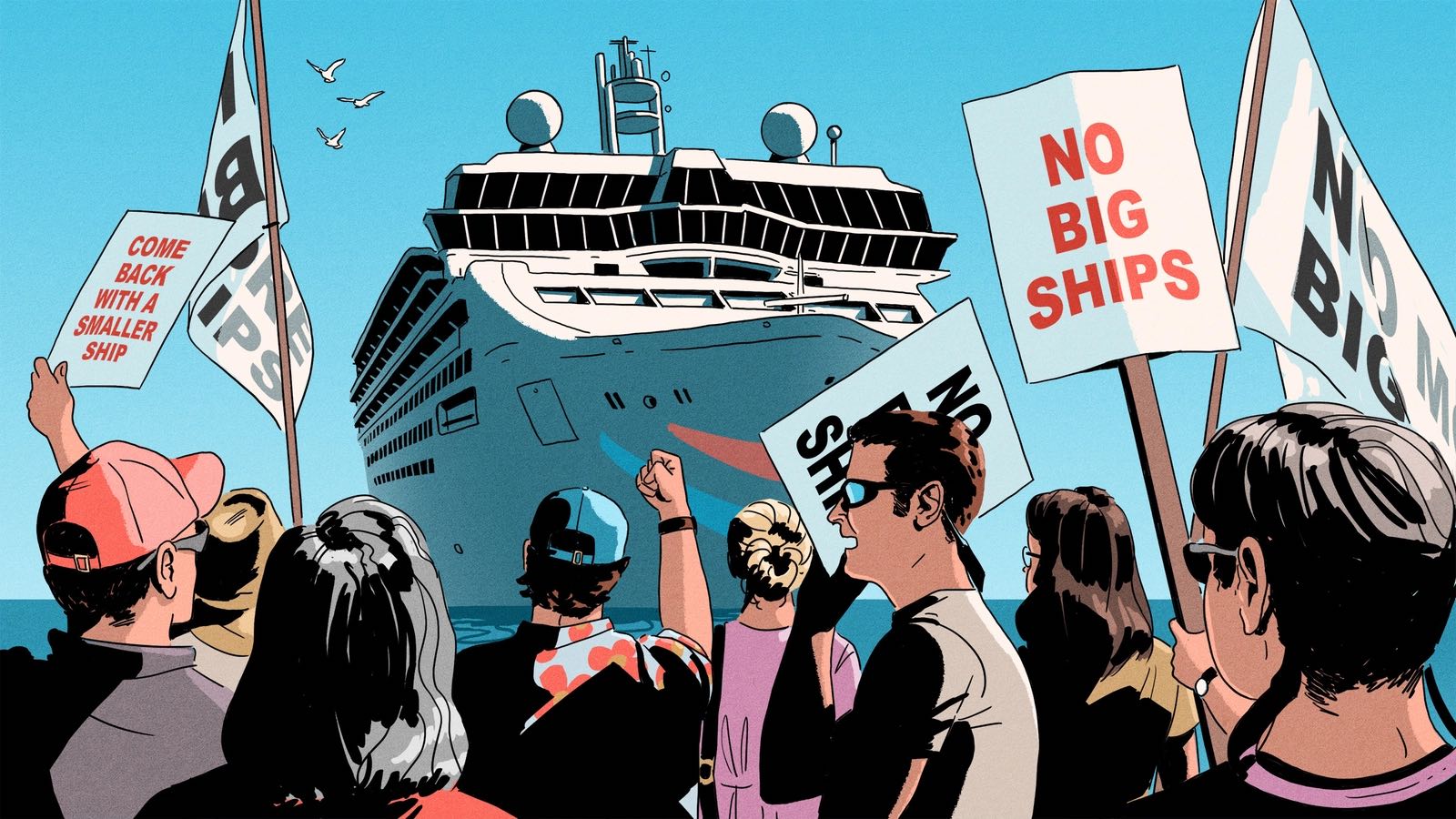 Mega cruise ships stopped sailing to Key West, Florida, during the height of COVID-19. Many locals appreciated the resulting peace and quiet and won a vote for large ships not to return. But the fight’s not over.

Two years ago, when the pandemic hit and the world went into lockdown, the cruise industry was devastated by COVID-19 outbreaks, as some ships were stranded for weeks offshore with sick passengers. Almost overnight, the industry, with millions of workers and customers, was shut down, the boats dropping off the face of the earth like a cartoon schooner sailing over the edge of the planet. For the first time in a generation, many ports of call woke up and discovered they had suddenly been thrust back into a time most residents had never known—era BCS: Before Cruise Ships.

Without this primary source of tourism income, some port communities suffered, with layoffs rippling through economies dependent on the dockings. One study estimated that ports in Florida lost more than $22 billion in 2020, thanks to COVID interruptions and the Centers for Disease Control and Prevention’s ban on cruise ships. But in some places, like Key West, that ban allowed locals to envision a future without the industry dominating tourism.

“It was a stroke of luck,” says Key West mayor Teri Johnston, of the CDC’s original no-sail order. “It gave our residents a chance to see what Key West would look like without the disembarkations—sometimes 10,000 people a day. We’ve never seen cleaner waters, cleaner skies, and our overnight visitors have had the rare opportunity to take a leisurely walk down the street.”

Liking what they saw, some Key West residents attempted to make the reprieve permanent. In November 2020, they voted on and decisively passed three landmark measures limiting cruise-ship traffic to just the smallest ships and those with the cleanest environmental records. (Two of the measures were approved by over 60 percent of voters and the other by more than 80 percent.) Less than a year later, the Italian government followed suit, formally banning large cruise ships from entering Venice’s fragile lagoon, declaring the area in front of the iconic St. Mark’s Square a national monument. In September 2021, French Polynesia also zeroed in on the industry, announcing that cruise ships carrying more than 3,500 passengers would no longer be allowed at its ports of call, including those in Bora Bora and Tahiti, which relied on cruise ships for more than a third of its visitors.