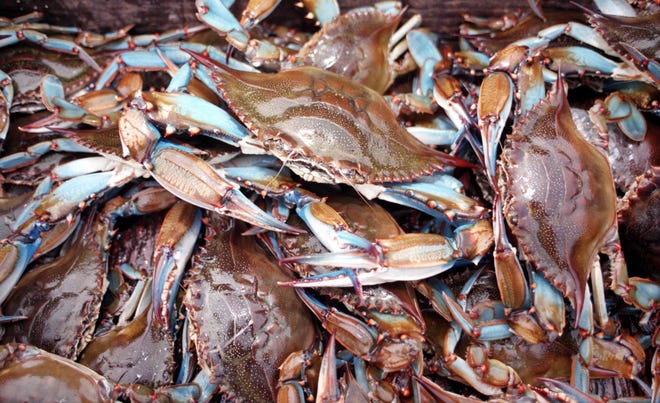 This column’s guest contributor is Samantha O’Keefe. Sam comes to JU from the Midwest with a drive to excel. She has participated in several extracurricular research projects both on and in the river.

Last month’s column was part of a question posed on my final exam in "The Ecology of the St. Johns River" course. The student’s contribution was well-received with a number of favorable reviews. So, I thought I would use another student’s answer to again brag a bit about some of the truly outstanding students we have majoring in marine science at Jacksonville University.

This column’s guest contributor is Samantha O’Keefe. Sam comes to JU from the Midwest with a drive to excel. She has participated in several extracurricular research projects both on and in the river.

Ever since I visited Jacksonville University on my campus tour, I was drawn to the St. Johns River. I was excited to learn more about this fascinating river bordering my college campus, as I came from a landlocked state in the Midwest. After taking my introduction to marine biology course, I quickly learned that this river was not just a place where you could spot dolphins and the occasional manatee, but rather an intricate body of water in need of our help.

Our long and meandering river is teeming with life, ranging from mammals, like manatees, all the way to microscopic organisms, such as phytoplankton, and larval forms of invertebrates we know and love, like the blue crab. Invertebrates in the river are extremely important not only to fisheries in Jacksonville, but also to support the thriving environment within the river. These invertebrates serve as both prey and predators for other organisms in the river and are a significant piece in the food web of the river.

Blue crabs are one of the most prevalent invertebrates within our river and are the largest fishery within the St. Johns River. One of my professors at Jacksonville University visibly lights up when he talks about blue crabs and learning from him is incredible. In his lectures he describes how these blue crabs will travel down south in the river to mate, and then come back up north to Jacksonville after mating and mature over time. Blue crab’s scientific name, Callinectes sapidus, translates to beautiful, savory swimmer.