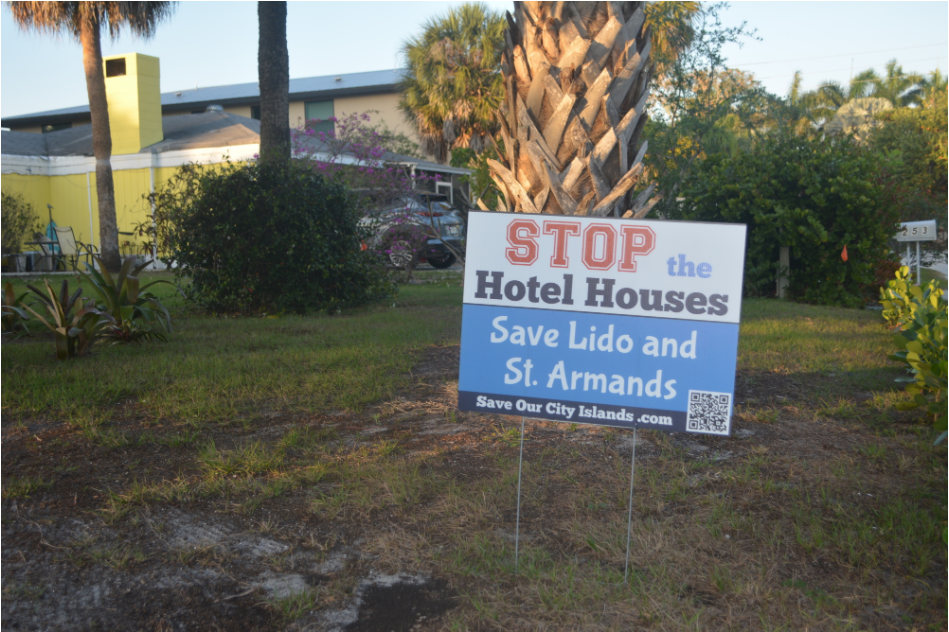 Next week, the city will consider implementing additional regulations for rental homes on Lido and St. Armands keys.

Ahead of the City Commission’s April 6 meeting, where officials will consider new regulations for large vacation rentals in residential areas on Sarasota’s barrier islands, Chris Goglia thinks the stakes are clear.

“We feel if action doesn’t happen, the city can say goodbye to its Lido and St. Armands neighborhoods,” Goglia said.

As president of the St. Armands Residents Association, Goglia has been a leading voice pushing for the city to take steps to better control vacation rental properties in barrier island neighborhoods. The association’s advocacy work dates back to 2019, when St. Armands residents began to take aim at a specific problem: large homes built to house up to 25 visitors.

The group dubbed these properties “hotel houses,” alleging that the homes essentially function as hotels, bringing commercial activity to a residentially zoned property.

City Attorney Robert Fournier has developed a series of regulations designed to address the concerns residents have raised. Under the terms of the proposed ordinance, the city would establish a maximum occupancy of 10 individuals for vacation rental homes in single-family districts on the barrier islands and a maximum of 12 for multifamily housing districts. The ordinance would also require the owners of those homes to register their property with the city annually.

If adopted, occupancy limits would go into effect Jan. 1, 2022, with a two-year phase-in gradually lowering the maximum occupancy from 16 to 10.

Goglia said he’s happy with the ordinance the city has put together for consideration. He said residents are increasingly anxious about the prospect of vacation rentals proliferating in island neighborhoods. The association has identified one ownership group with a portfolio of at least 20 homes on Lido and St. Armands keys.