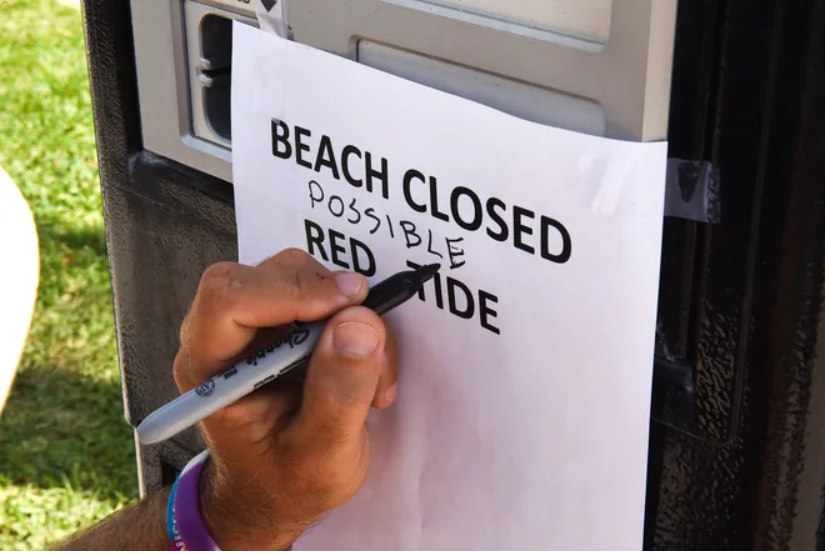 A late-season bloom of red tide has a foothold in Southwest Florida with a toxic punch causing fish kills and triggering a beach hazard alert late last week. But experts said the chances it will reach Palm Beach County are low.

As of Friday, concentrations of the harmful Karenia brevis algae were measured at high levels in parts of Lee and Collier counties with about 40 reports of fish kills between late December and Sunday.

Richard Stumpf, a scientist with the National Centers for Coastal Ocean Science, said the current bloom began in November, two to three months later than normal.

While the red tide has been sloshing around between Captiva and Marco Island, Stumpf said NOAA is watching its movement in case it gets closer to the Keys – and currents that could bring it to the east coast.

“As for the east coast, I can only go with past occurrence at this point, which is that east coast ‘red tides’ are rare,” Stumpf said Monday.

In late September 2018, the bacteria – deadly to marine mammals, fish and birds – was so long-lasting and widespread it made its way into the Florida Current, which runs through the Florida Straits and into the Gulf Stream.