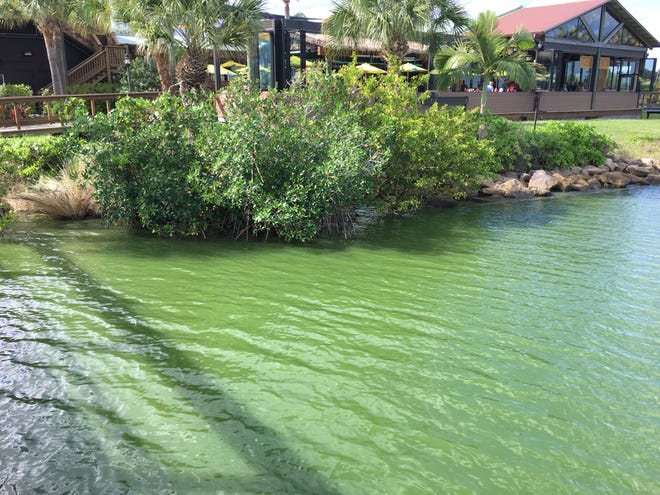 As fish float up and browned water froths with thick organic algae suds, the Indian River Lagoon continues to score poorly on a yearly report card put out by a regional nonprofit group, testing the endurance of those who hope to save the estuary.

Water quality has improved for many segments the Marine Resources Council examines for its yearly lagoon progress report. But seagrass — a key measure of the lagoon's ecological health — hasn't followed suit, the nonprofit says.

"There is lag between water quality and seagrass," Leesa Souto, executive director of the nonprofit Marine Resources Council, explained Tuesday during a web presentation of MRC's fourth-annual lagoon report card. "Water quality is steady or improving across the board … but, in most places, it's still not meeting regulatory targets, so what are we going to do about it?"

Seagrass also is not improving in most areas, MRC's report shows, leaving conservation biologists scratching their heads as to why.

"Are we looking at enough to really understand the ecological function of the lagoon?" Souto asked.

During her unveiling of this year's report, Souto showed maps and tables of lagoon areas covered in dark red, signifying "poor" scores for water quality and seagrass coverage that appeared to overwhelm the orange, yellow and green areas that signify cleaner lagoon segments with more seagrass.