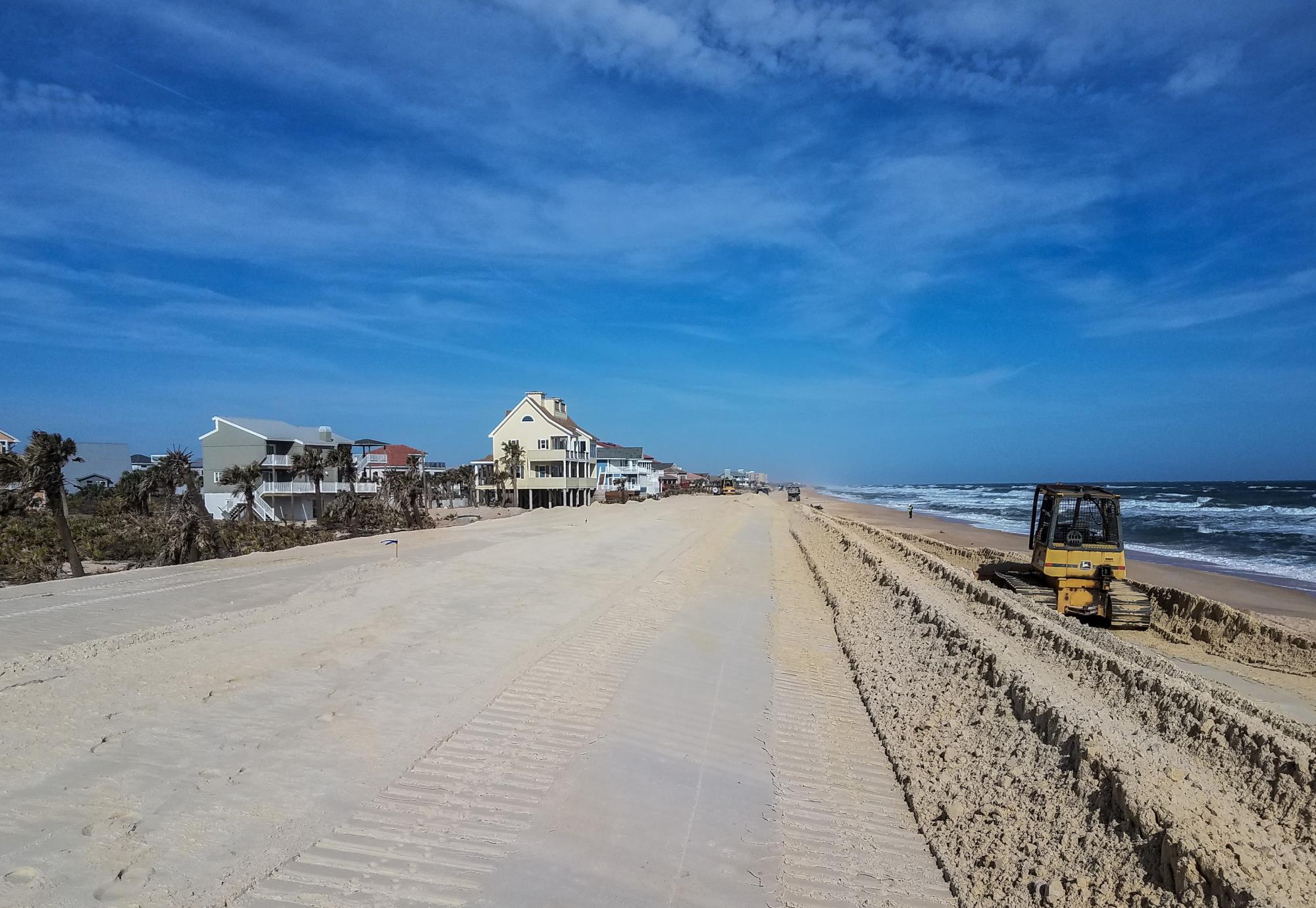 FL - In Ultimatum, US Army Corps Tells Flagler It May Lose $17 Million for Now If Dunes Impasse Isn't Resolved

Flagler County is again at risk of losing $17.5 million in federal funds earmarked for a 2.6-mile dunes restoration project in Flagler Beach if the county doesn’t show by early February that it has either acquired three remaining holdouts’ easements or that it will take the owners to court to acquire the easements. It is all but an ultimatum.

“If the County is unable to demonstrate that the needed real estate will be acquired within a reasonable amount of time, whether voluntarily or by eminent domain,” Col. James Booth, commander of the Jacksonville District of the U.S. Army Corps of Engineers wrote the county on Jan. 6, “the Corps may need to consider whether the project should be placed in a deferred status. While in a deferred status, the project would not be eligible to receive additional [federal] funds, with the possibility that such funds will be used for other projects with an immediate need for additional funds for construction.”

Booth is giving the county until Feb. 11 to provide a written update “explaining the status of completed work to acquire real estate and the tasks that still must be completed along with the associated timeline to accomplish those tasks.”

Congress earmarked the $17.5 million for the project in 2018. Flagler County’s Faith Al Khatib, the county engineer, secured an additional $7.5 million in state dollars required to complete the first phase of the project. The federal appropriation required a local match. Securing the state dollars meant the county didn’t have to put up a single dollar. But now the project is in jeopardy: deferred status is a form of limbo that, while not removing the appropriation from Flagler, removes it from its uses for an undetermined amount of time.

Since July 24, 2019, Flagler County government has been responsible for securing 141 easements along the 2.6 miles of beach so the Army Corps can go in and rebuild dunes with sand dredged from a borrow pit offshore. It’s been a slog. (See: “15 Years On, $25 Million In, Flagler Beach Dunes Project Near ‘Dead In the Water’ as 13 Property Owners Hold Out.”)

But by late last year, the county had secured 138 easements. Two owners are still refusing to sign easements on three properties.