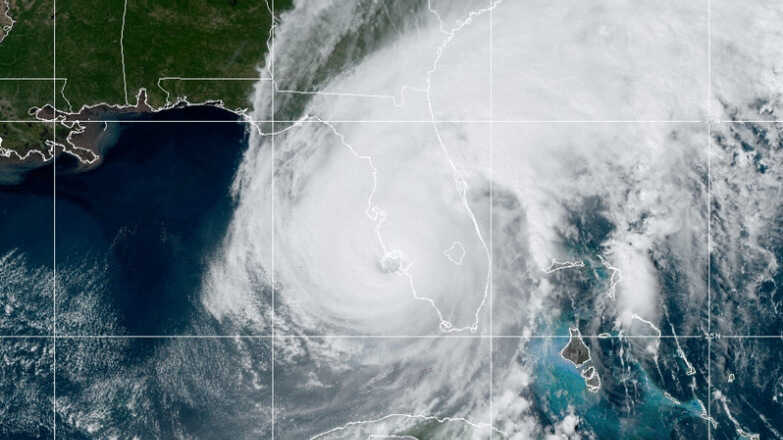 Fourteen days and counting - that's the time between now and the end of the 2022 Atlantichurricane season. For many Floridians, Wednesday, Nov. 30, can't come soon enough.

The question still unanswered is whether state leaders will do anything differently to address what is becoming a more destructive result of climate change. Gov. Ron DeSantis and the Florida Legislature will get their chance next month to address property insurance. A more comprehensive approach to climate change should be added to the agenda.

Hurricanes Ian and Nicole put enormous stress on Florida's resiliency efforts to address the impacts of climate change and the fragile property insurance market. Ian's losses based on insurance claims, to date, are estimated at $8.7 billion, according to state Office of Insurance Regulation figures. Losses from Nicole, a less powerful storm than Ian, were put at $790 million, according to CoreLogic, a property information and analytics firm.

It may be hard to imagine, but Florida dodged a bullet. If Hurricane Ian had continued on its initial path toward Tampa or if Nicole had shifted further south before making landfall in, say, Fort Lauderdale, the damage to two of Florida's most populous communities could have eradicated an already rickety property insurance market.

Florida property owners already pay three times more for home insurance than the national average, according to the Insurance Information Institute. Six insurers in Florida have declared insolvency, before the two storms hit the state. Billions of dollars in losses are expected to add to the existing problem, and it could get worse.

Fortunately, Florida's largest property insurer, Citizens Property Insurance Corp., and the Florida Hurricane Catastrophe Fund that provides reinsurance to private carriers have enough cash to meet their obligations from both storms. The danger is in the potential longer-term effects caused by the likelihood of stronger and more frequent storms.

Give DeSantis credit. In his first term, he created the position of chief resilience officer and backed legislation that created grants to help gird coastal communities against sea level rise. Unfortunately, his first chief resilience officer left after six months - not before telling the public that the state lacked a coherent statewide strategy. The grants designed to improve sea walls, sewage pump stations and wastewater treatment did little to help low-level communities flooded by Ian or structures toppled onto eroded beaches courtesy of Nicole. And while they might hold up against storms like Nicole, there's no guarantee that those improvements will last without costly upgrades.

True property insurance reform remains a priority. The Legislature's first special session this year regarding property insurance produced $2 billion for re-insurance to help struggling private insurers, along with restrictions to curb fraud - results that many in the insurance industry say fell short of real needs. And that was before the hurricanes.

The special session scheduled for next month should produce programs that benefit both the industry and the consumer. The governor and legislators should also pump more resources into a resilience program that has had a rocky start and needs a more comprehensive approach than what's now being offered.

It's easy to see why state leaders are focusing on the coasts. Florida's 35 coastal counties contain 76% of the state's population, and those communities contribute $584 billion dollars in economic activity, a significant part of the state's total economy, according to the Florida Adaptation Planning Guidebook.

Coastal communities, however, aren't the only areas in Florida that are at risk. Both hurricanes also sparked ongoing flooding in Central Florida. The cost to repair and rebuild will be high, leading many to wonder if it's worth it.