Gulf of Mexico
A road is completely filled with a tall pile of debris from destroyed beachfront homes and businesses, two days after the passage of Hurricane Ian, in Fort Myers Beach, Fla., Sept. 30, 2022. Florida's home insurance market was already on shaky ground. It now faces an even mightier struggle after the damage caused by the hurricane.Rebecca Blackwell/AP 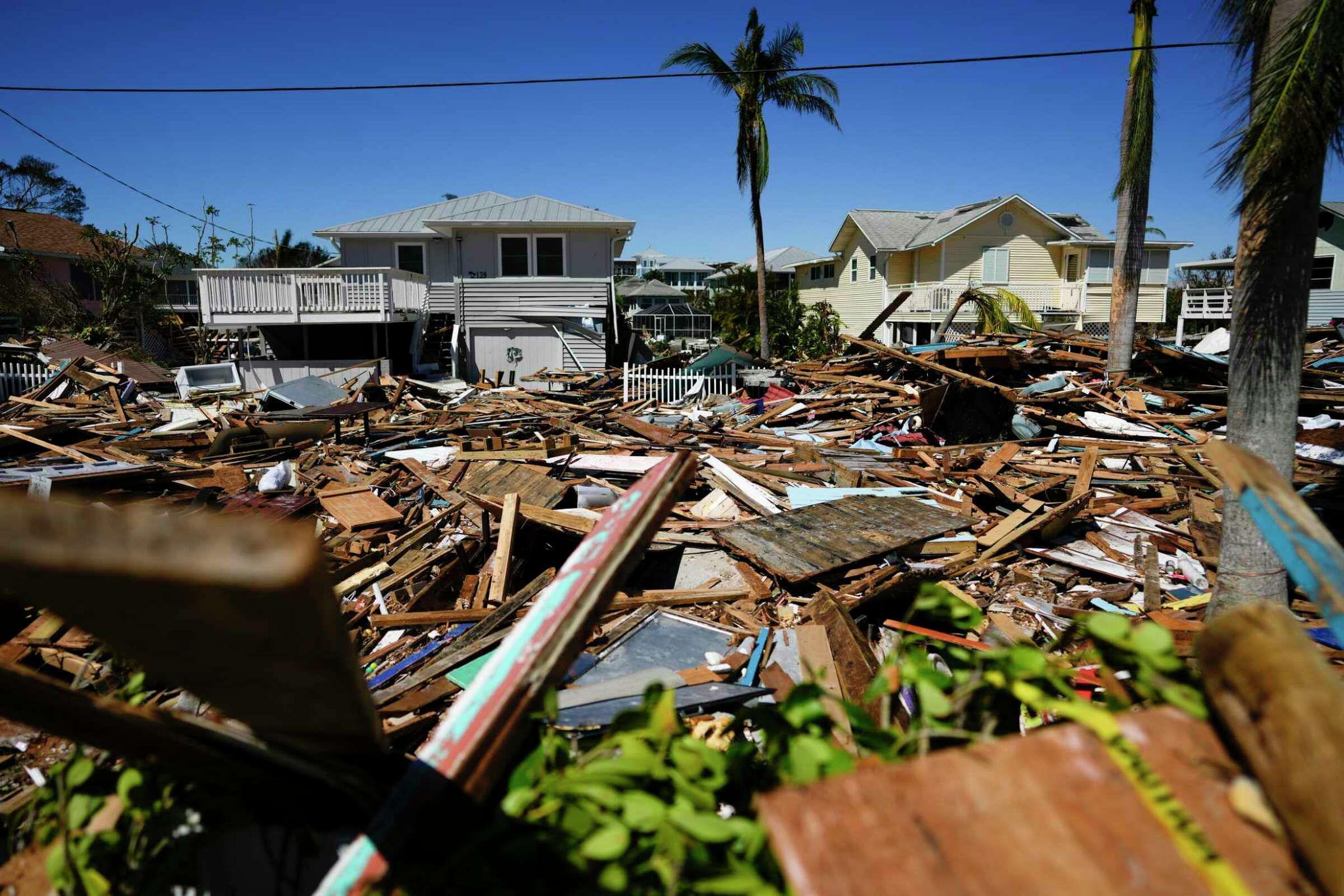 Daniel Kelly and his wife bought a 1977 doublewide mobile home in May for about $83,000 at Tropicana Sands, a community for people 55 and older in Fort Myers, Florida. But he ran into roadblocks when he tried to insure it.

Managers at Tropicana Sands told him he likely wouldn’t be able to find a carrier who would offer a policy because the home was too old. He said he checked with a Florida-based insurance agent who searched and couldn’t find anything.

Kelly was lucky that his trailer was largely spared by Hurricane Ian aside from some flood damage. But for many Floridians whose homes were destroyed, they now face the arduous task of rebuilding without insurance or paying even steeper prices in an insurance market that was already struggling. Wind and storm-surge losses from the hurricane could reach between $28 billion and $47 billion, making it Florida's costliest storm since Hurricane Andrew made landfall in 1992, according to the property analytics firm CoreLogic.

Even before Ian, Florida's home insurance market was dealing with billions of dollars in losses from a string of natural disasters, rampant litigation and increasing fraud. The difficult environment has put many insurers out of business and caused others to raise their prices or tighten their restrictions, making it harder for Floridians to obtain insurance.

Those who do manage to insure their homes are seeing costs increase exponentially. Even before Hurricane Ian, the annual cost of an average Florida homeowners insurance policy was expected to reach $4,231 in 2022, nearly three times the U.S. average of $1,544.

The costs have gotten so high that some homeowners have forgone coverage altogether. About 12% of Florida homeowners don't have property insurance — or more than double the U.S. average of 5% — according to the Insurance Information Institute, a research organization funded by the insurance industry.

Florida’s insurance industry has seen two straight years of net underwriting losses exceeding $1 billion each year. A string of property insurers, including six so far this year, have become insolvent, while others are leaving the state.