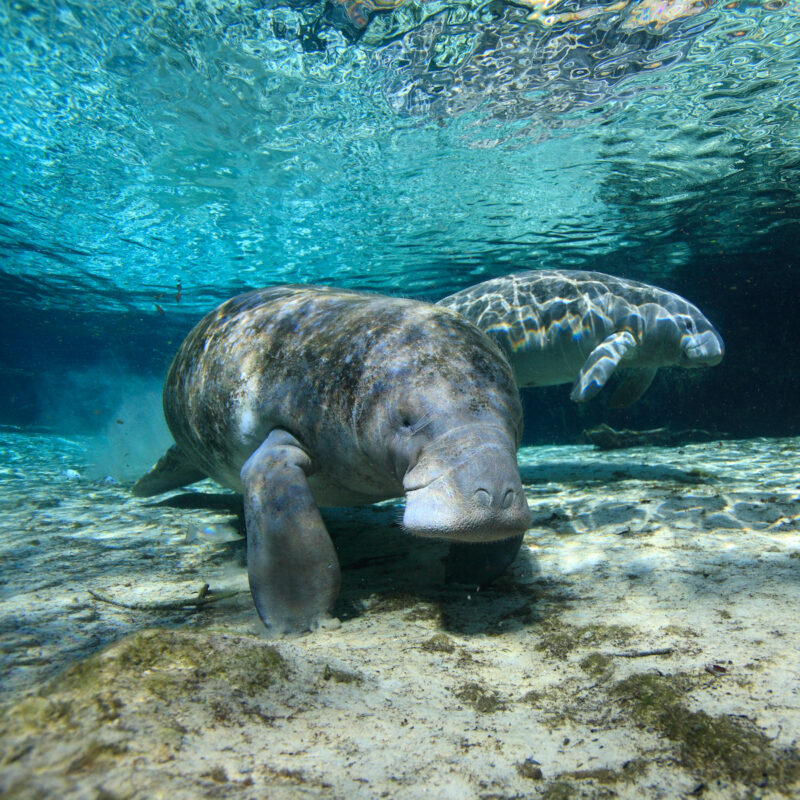 In an effort to save manatees in Florida, environmental groups have filed a petition to get them back on the endangered species list.

The petition, sponsored by The Center for Biological Diversity, Miami Waterkeeper, Save the Manatee Club, and others, says it was a mistake to have taken manatees off the endangered species list in 2017. They had been on the list since 1973. Right now, manatees are listed as “threatened.”

The petition, filed with the U.S. Fish and Wildlife Service, claims that habitat destruction is one of the leading threats to the manatee population because it destroys seagrass, which manatees feed on. It says that seagrass is being lost to algal blooms and Karenia brevis, blooms known as “red tide.”

Other causes of depleting seagrass discussed in the petition are boating, coastal development like dredging, storms, stormwater runoff, fertilizers and herbicides, legacy nutrients, and septic tank leaks. Climate change is also expected to worsen the cause of seagrass loss.

The Fish and Wildlife Service has 90 days from the petition’s filing on November 12 to look into whether to put manatees back on endangered status, and then 12 months to review the manatee’s status.

The Endangered Species Act considers a species endangered when it faces extinction “throughout all or a significant portion of its range.” When a species is placed on the list, it is automatically protected from harm, harassment, collecting, or killing.

Protections are ensured through various regulations.

The West Indian manatee, along with the subspecies, the Florida manatee and the Antillean manatee, referenced in the petition, is a large, aquatic mammal. With a population of at least 13,000, there are more than 6,500 in the southeastern United States and Puerto Rico. In 1991, there were about 1,267 manatees in Florida.