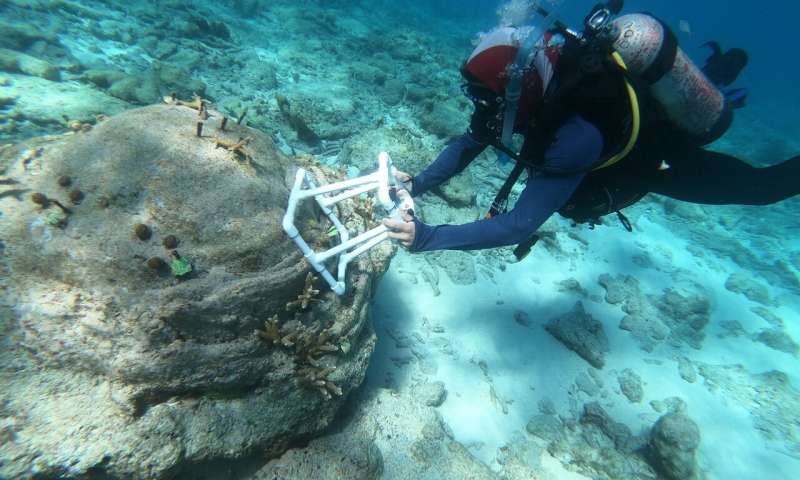 FL - How Seaweed-Munching Crabs Could Help Save Coral Reefs

Coral reefs are facing a steep decline today for many reasons, including climate change, overfishing, pollution, disease, and more.

What's taking their place is lots and lots of seaweed. But researchers reporting in the journal Current Biology on December 10 now have some encouraging news: native crabs can help to combat the seaweed and restore the reef.

"Experimentally increasing the abundance of large native, herbivorous crabs on coral reefs in the Florida Keys led to rapid declines in seaweed cover and, over the course of a year or so, resulted in the return of small corals and fishes to those reefs," says Mark Butler of Florida International University. "This opens up a whole new avenue for coral reef restoration."

Butler and colleagues, including study first author Angelo "Jason" Spadaro, have been studying the coral reef and other habitats in the Florida Keys for more than 30 years. Butler's familiarity with the place helped his team to recognize the under-appreciated role of a little-known, mostly nocturnal Caribbean king crab to coral reef dynamics. This crab eats an impressive amount of seaweed at rates that rival all other Caribbean species of fish and invertebrates. They also eat seaweed that other species avoid.