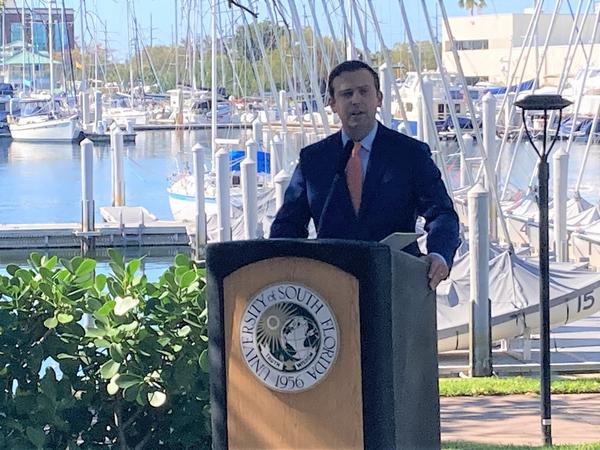 Florida lawmakers Friday unveiled a series of bills they say would protect homeowners and businesses from rising seas and flooding brought on by climate change.

The proposals would give tax breaks to homeowners who elevate their homes because of flooding. And around $100 million would be provided to local governments that plan to combat rising seas.

"The reality is Florida homeowners from across the state, both coastal and inland are facing massive rate increases to their insurance and property rates, which are impacting them adversely," he said.

Sprowls said this is the most aggressive legislation ever filed in Florida to address sea level rise and rising insurance rates.

In Pinellas County alone, he said the impact of rising seas and flooding could be more than $950 million. Statewide, Sprowls cited a USF study that the impact could be $8 billion this year.

"And what it does is from the very ground up, it tackles individual projects from the very, very local level, to make sure we're doing what we should be doing, based on real data and real science, to mitigate the risks of flooding to our community," he said.

But when a reporter asked Sprowls what this would do to address the root causes of global warming, he responded that too many people want to engage in "the hyper-politicization" of the environment.