Southeast
Red tide s shown at a Florida beach in this file photo. It’s coming back now, thanks to inaction by the state’s leaders. Credit: GettyImages 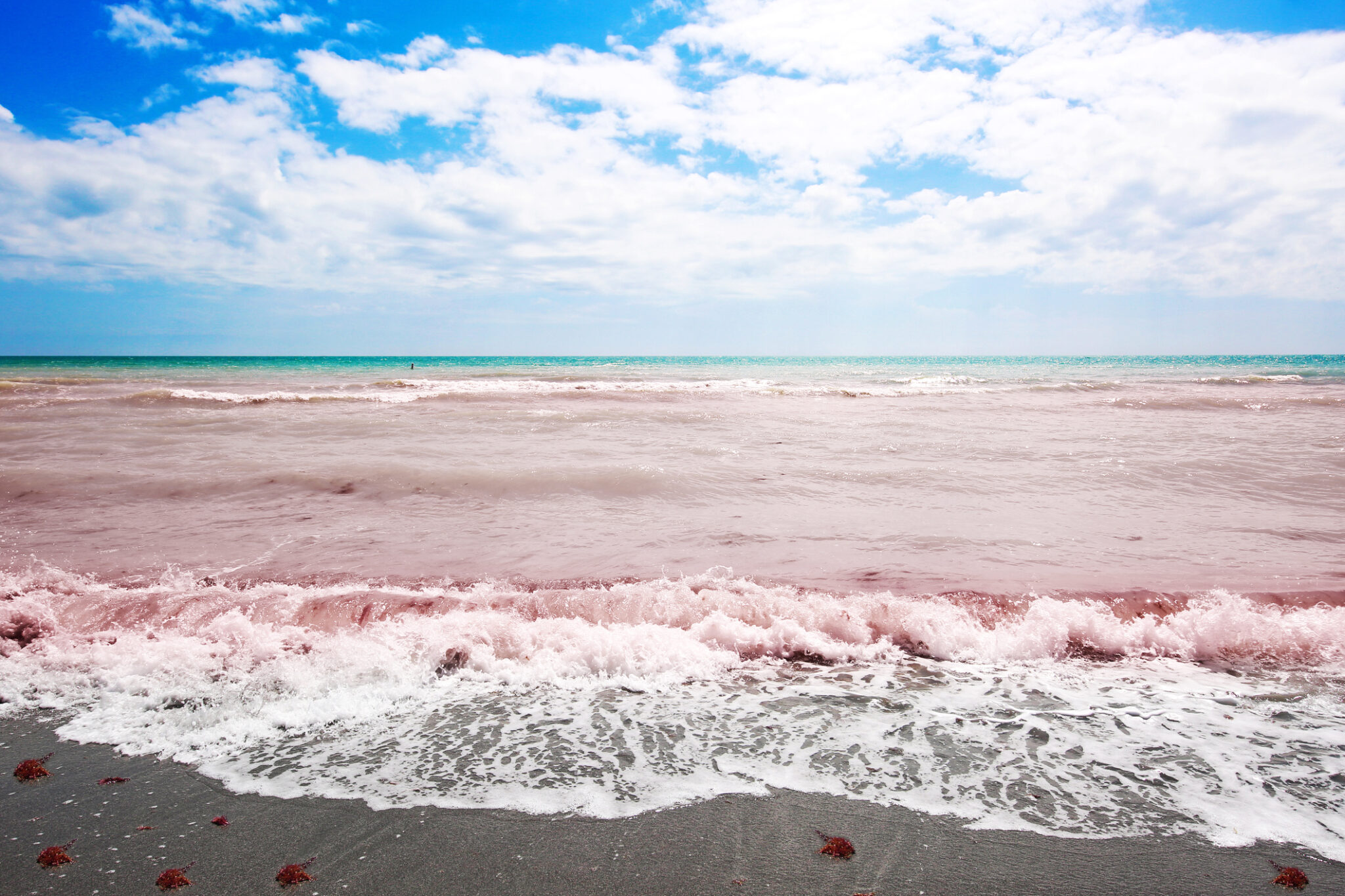 A lethal enemy breeds near the bottom of the sea. It rises from the ocean like a red blob when the time comes, and the dead husks and shells of large sea creatures wash ashore. First, it comes for the fish, then the sea turtles, and ultimately the coastal tourism economy.

How can the beast be kept at bay, and out of bays?

A lethal enemy breeds near the bottom of the sea. It rises from the ocean like a red blob when the time comes, and the dead husks and shells of large sea creatures wash ashore. First, it comes for the fish, then the sea turtles, and ultimately the coastal tourism economy.

No, this isn’t a twisted Halloween ghost story. It’s the life cycle of red tide, an algae native to the Gulf of Mexico, which this year has wreaked devastation from Collier to Okaloosa counties and everywhere in between. Gil McRae, director of the Florida Fish and Wildlife Research Institute, updated the House Agriculture & Natural Resources Appropriations Subcommittee on the horrors unleashed by harmful algal blooms this year.

“One thing with this particular red ride event is that it has gone far up into the estuaries,” he said.

That’s unusual as freshwater kills Karenina brevis, the species of algae prevalent on Florida’s Gulf Coast. The mix of fresh and saltwater in Florida estuaries typically stops the intrusion of red tide blooms. In Charlotte Harbor and Tampa Bay, that hasn’t been enough this year, and areas that normally go unaffected have suffered toxins in the water and the air this season.

As manatee deaths near 1,000, lawmakers seek areas for refuge and restoration  Florida Politics

Red tide blooms occur somewhere almost every year, but 2021 has seen significant activity. The bloom doesn’t compare to the massive blooms that marked 2018, but there have been resilient and powerful events. An ongoing red tide event has now stretched to 11 months, and McRae showed how it has grown from a regional event striking Southwest Florida, primarily in Sarasota, Charlotte and Lee counties, to now delivering impacts far up the Florida Gulf Coast.

Rep. Allison Tant, a Tallahassee Democrat, questioned the impact of the Piney Point disaster earlier this year on blooms. A breach at a shuttered Manatee County phosphate facility resulted in 215 million gallons of industrial wastewater being released untreated into Tampa Bay.

He also said it’s likely the nutrient releases contributed to other algae growth in Tampa Bay and beyond, and that may have created an environment in which red tide was more likely to thrive.

Red tide isn’t an invasive species. It lives in the Gulf and some reports of red tide date back to the days of Spanish explorers. Rep. Adam Botana, a Bonita Springs Republican, expressed some concern that efforts to mitigate red tide might upset the environmental balance.

“In my district, red tide comes out and we have a giant fish kill,” he said. “And then after that, the Bay comes back and it’s in great shape.”