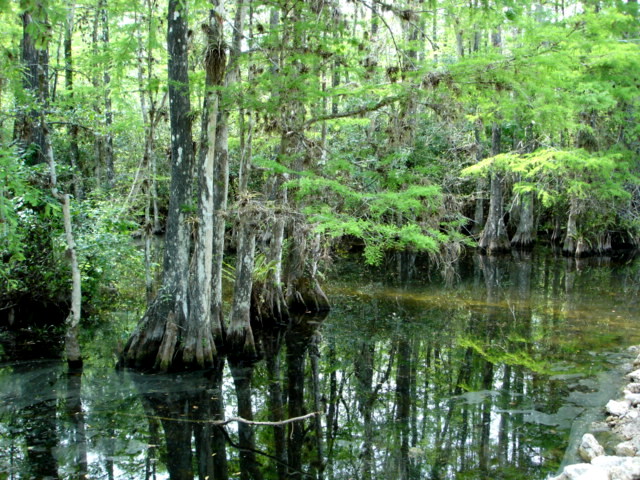 An unparalleled landscape of exceptional beauty, the Florida Everglades are an international treasure, but they have also become ground zero for the fight to combat climate change in America.

For the last 30 years, Katt Britt has worked as a tour guide in the Everglades. She guides her airboats through the channels here, stopping whenever she gets a glimpse of an alligator nearby. Tourists flock from all over the world to experience this diverse ecosystem that is primarily a freshwater habitat.

It is not the alligators lurking just below the surface here that's keeping Britt up at night.

She has weathered plenty of South Florida hurricanes in her lifetime. It’s the constant threat of climate change, though, that is threatening her way of life. Rising sea levels are threatening the concentration of saltwater that must stay in near perfect balance across the Everglades to preserve these tropical wetlands.

At 1.5 million acres, the Everglades is primarily a fresh-water habitat, but rising sea levels are changing that. Saltwater is slowly invading this ecosystem.

As a researcher at Florida International University, Evelyn Gaiser has committed most of her life studying the Everglades. Research that, these days, is more critical than ever.

"This is not just a Florida problem, it’s wetlands all over the world, Gaiser explained about the tropical wetlands.

"It is absolutely is the front lines of climate change here in the Everglades.”