Southeast
Among the manatees rescued this year from Florida waters were 13 orphaned calves. At least two ended up at a SeaWorld rehabilitation center, where they faced a long recovery. Photo by Amy Green 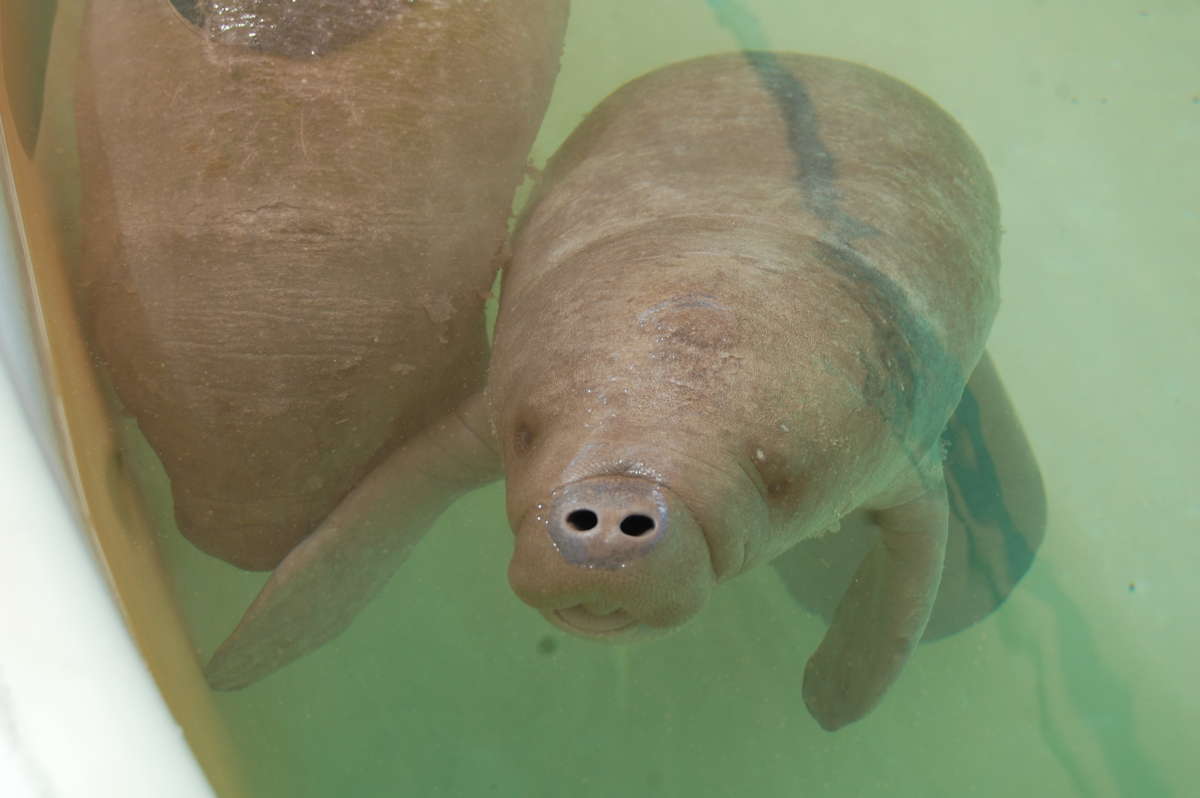 FL - Four Years Ago Manatees Were Declared No Longer Endangered. Now They Are Dying At A Record Pace

ORLANDO, Fla. _ The manatee was too weak to swim. She lay still in a medical pool at a SeaWorld rehabilitation center, only lifting her whiskered snout every so often to breathe. Her snout rested upon a pipe to make the effort easier. Her body was slender, hardly that of the chunky manatee—a relative of elephants—that she should have been. Her underbelly was concave. The manatee was near death from starvation.

Peterson called the manatee No. 37, because she was the 37th manatee to be rescued this year from Florida waters. She weighed 1,170 pounds, up to 630 pounds less than she should have at 12 years old. Her recovery would be long and grueling, if she survived.

“Right now every calorie I’m putting in is trying to care for the body’s decay that’s going on,” he said. “It’s trying to take care of the infections that are raging. So none of those calories yet are going to put weight on. They’re literally going to try to save her body.”

No. 37 is one of the lucky ones. During 2021 an unprecedented 937 manatees have died in Florida, more than double the five-year annual average only nine months into the year. The staggering loss represents 10 percent of the animal’s population in the state, estimated at 8,810.

More than half of the deaths are in the Indian River Lagoon, a 156-mile East Coast estuary that is among the most biologically diverse on the continent. Ongoing water quality problems have led to a widespread loss of seagrass, the manatee’s preferred food. Many of the deaths are related to the kind of starvation No. 37 suffered from, although manatees also face threats from toxic blooms of red tide, habitat loss and boat strikes. Environmental groups say on Florida’s east coast, some 20 percent of the manatee population has been wiped out.