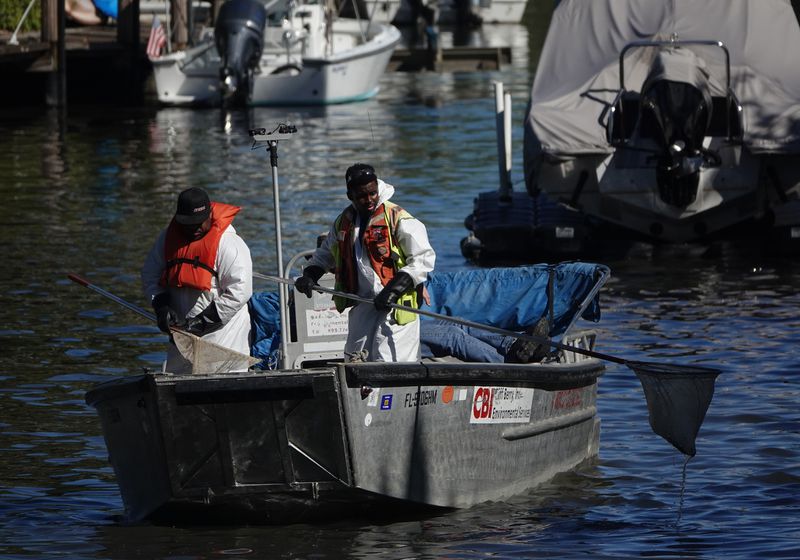 FORT LAUDERDALE — Fort Lauderdale will have to spend millions to repair the damage from a series of sewage spills that sullied its waterways nearly a year ago.

Some of the sludge settled in the Tarpon River, leaving a layer of muck about an inch thick, Fort Lauderdale officials say. It will cost $1.5 million to dredge up to 62,000 pounds of toxic sediment from the river bottom, Public Works Director Raj Verma told the city commission on Tuesday.

Mayor Dean Trantalis says the dredging project is just the start of a multi-phase, multi-stage plan to return the Tarpon River to its former state.

“You’re talking about remediation now,” he said. “Ultimately we’ll talk about restoration. We want to take it from a stream of sewage to a babbling brook … to a place where wildlife and nature can return to that setting.”

Dredging George English Lake, another waterway tainted by sewage, will cost another $500,000. Crews will need to remove up to 54,800 pounds of sludge, according to a consultant’s report.

City officials aren’t sure yet much it will cost to dredge the Himmarshee Canal or how many pounds of muck will need to be removed. The Florida Department of Environmental Protection ordered the city to dredge all three waterways after record-breaking sewage spills between Dec. 10 and Feb. 14.