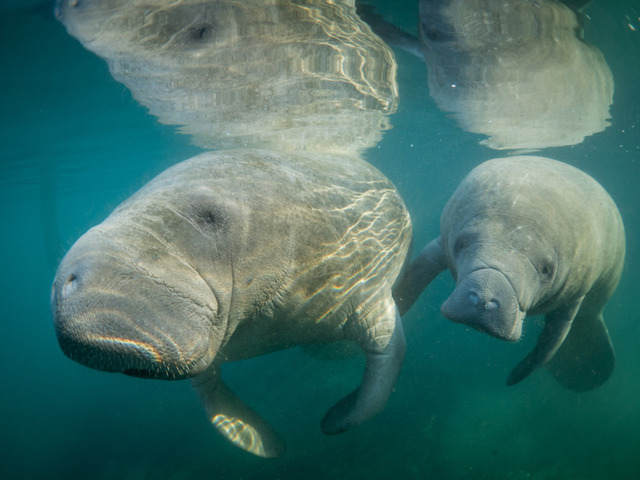 Three conservation groups moved Monday toward filing a lawsuit against the U.S. Environmental Protection over water-quality problems that have led to a record number of manatee deaths this year in Florida.

The Center for Biological Diversity, Defenders of Wildlife and the Save the Manatee Club filed a notice that is a precursor to suing the EPA. The notice said the EPA needs to start a process to reconsider whether water quality standards are adequate to protect manatees in the East Coast’s Indian River Lagoon, where many of the deaths have occurred.

“In short, both the Indian River Lagoon and the manatee are presently in the midst of ecological collapse,” said the notice, filed by attorneys for the Earthjustice law organization on behalf of the conservation groups. “Further, it appears likely that the 2021 unusual mortality event will not be a one-time event, but rather portends a grim future of continued manatee deaths unless more effective actions are taken to address the key environmental factor driving them — nutrient pollution of key estuary habitats that is destroying habitat, including food for manatees and many other species.”

As of Dec. 10, Florida totaled 1,056 manatee deaths this year, according to data posted on the Florida Fish and Wildlife Conservation Commission website. The notice filed Monday by the conservation groups said this year’s total is roughly double the average annual number of manatee deaths.

Wildlife officials say many of the deaths have been caused by starvation, as poor water quality has killed seagrasses that are a key food source for manatees. The situation has led wildlife officials to take the unusual step of starting to feed manatees.
‍